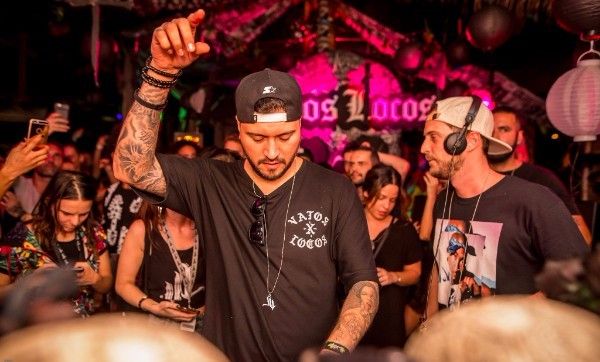 Hector and the Vatos Locos crew are very proud to announce their residency at one of the islands coolest hangouts, Ibiza Underground.

Underground is a club close to Hector’s heart, and after the success of his birthday celebration at the venue last year, it quickly became clear to him that it would be the perfect home for Vatos Locos’ debut residency on the island.

In true Underground fashion, eachline up will be revealed in the in the week leading up to the event.

The family continues to extend worldwide, but the foundation remains humble.

Through the rise of Vatos Locos, it still remains important to Hector that he never shy away from the original foundation on which the events were created; to throw good quality parties, with no egos involved. Simply to strip it back to friends coming together and playing records,  capturing the true essence of a party.