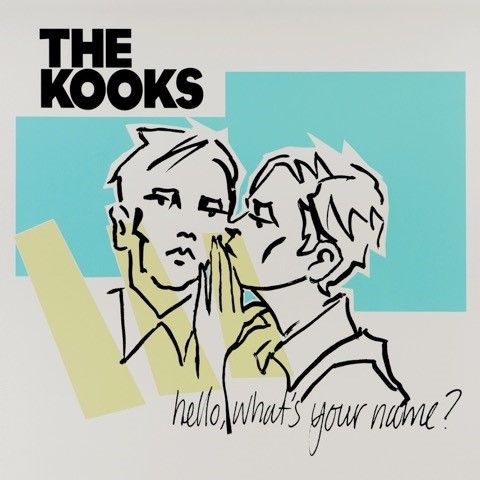 Definitive UK rock band The Kooks have called on a plethora of stellar artists from across the musical spectrum for remix duties on their forthcoming remix album ‘Hello, What’s Your Name?’

Kicking off in a typically big fashion, the band have already premiered a brand new track ‘Creatures of Habit’ – a track sure to be passionately embraced by their fans, which has also been handed over to UK bass act Jack Beats, whose remix appears on this album.

Presenting a fresh take on the band’s last album ‘Listen’ this LP spans a number of genres and laments The Kooks’ reputation as a forward thinking act – Every bit as current now as when they first erupted into the UK pop/rock scene in 2008 with multi-platinum debut album ‘Inside In/Inside Out’.

While spending time in New York, the band were blown away after hearing a number of DJs mixing their tracks. Then after witnessing the clubbers’ response to a 4/4 beat over their previously more rock orientated productions, they knew they had to pursue the idea of a club focused remix album – And the result is spectacular.

From the stripped back instrumentals on Isabella ‘Machine’ Summer’s ‘Forgive And Forget’ to the upfront house beat on Kove’s ‘Are We Electric’ rework, this album goes a long way to shine new light on The Kooks and allows fans old and new to re-experience the music that has made them the institution they have become.

Having built a reputation as an act that are not scared to visit a broad range of genres in their releases, The Kooks have blended rock, pop, and more recently hip hop and funk elements into their productions. Now calling on electronic music’s biggest names – ‘Hello, What’s Your Name?’ is sure to excite their long term fan base while simultaneously wetting the appetite of the electronic world and beyond.

With an exciting line up of artists having put their edits to wax including nineties dance pioneer DJ Pierre, The Future Sound of London’s Amorphous Androgynous, and the first ever remix to come from Atlas Genius, the track listing has been carefully crafted to bring out the best in The Kooks’ back catalogue.