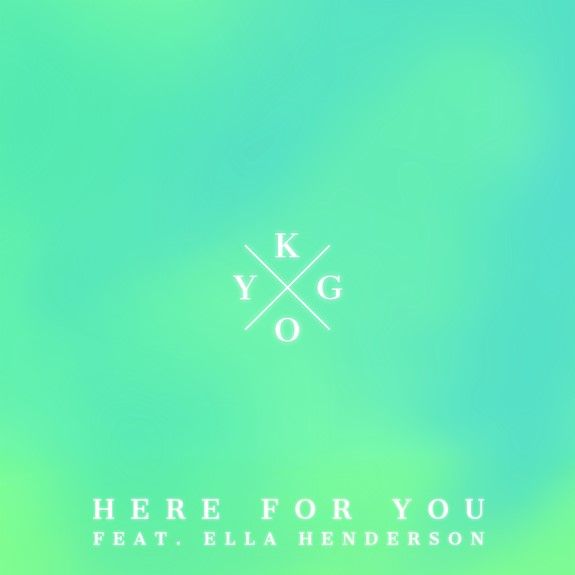 Well on his way to reaching 1 billion streams in 2015 alone, Norwegian superstar, Kygo today releases his biggest single to date, ‘Here For You.’

Teaming up with British songstress, Ella Henderson, ‘Here For You’ is the third official release from the Norwegian prodigy and follows up on the hugely successful, ‘Firestone’ and ‘Stole The Show’ singles that have elevated Kygo to superstar status across the world.

Coming out via Sony Music and available across all digital sales providers, ‘Here For You’ is quintessential Kygo listening with its infectious and dreamy riff complemented brilliantly by Henderson’s original vocals, which were penned and performed by Ella herself. True fans might also recognize the instrumental of the song from ‘ID’, which was officially coined by Ultra Music Festival as their 2015 Anthem earlier this year and was also featured as a part of Apple Music’s latest, ‘Discover’ campaign, which you can see here.

Since the release of her debut, million-selling single ‘Ghost’, Ella Henderson has been nominated for two BRIT awards for Best British Female and Best British Single, and saw her debut album ‘Chapter One’ hit No.1 in the UK and reach platinum status. She will also be embarking on her first ever headline tour this October and November.

For Kygo, ‘Here For You’ arrives a mere few days before his already SOLD OUT show at The Roundhouse in London on September 8. He will follow up on his performance in the British capital with headline slots at the likes of Lollapalooza Berlin and Life is Beautiful Festival in Las Vegas, before rounding off a whirlwind few months at the legendary Greek Theatre in Los Angeles this October.