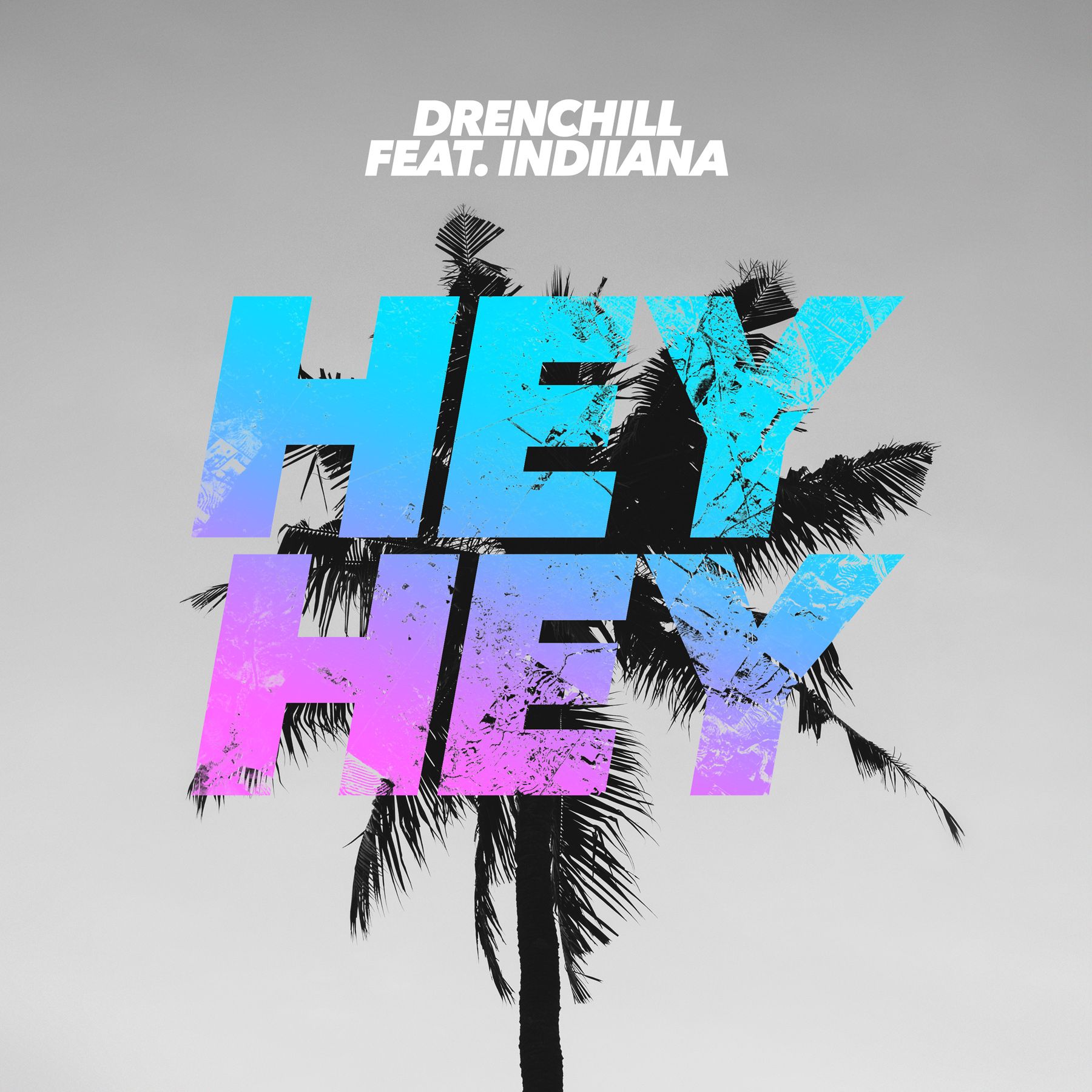 DRENCHILL, a young Portugese DJ, producer and songwriter, started expressing his musical creativity through homemade remixes which quickly developed into real productions. It didn’t take long until labels started paying attention and he was eventually snapped up by Sony Music. His major label debut is “Hey Hey”, a sun-soaked take on the Dennis Ferrer original.

Drenchill’s version is quite different from its source and is marked by a catchy trumpet riff that carries the chorus and gives off happy, summer vibes. Adding the soul to the tune is a 19 year-old Dutch/Colombian singer Indiiana. The song was released on 15 June and is picking up pace around Europe, especially in Germany where it went into Spotify’s Viral Top 50 and has just been released in France on Columbia Records, the home of artists such as Adele, David Bowie, Beyonce, George Michael….Upon release the track was included on 12 playlists including the New Music Friday Norway and Drenchill’s follower numbers went from 200 to over 30.000 in less than two weeks.

The industry buzz around the song is such that it is now chosen for the big TV campaign on Pro 7, one of two biggest TV channels in Germany. Starting on 7 July “Hey Hey” will play throughout the day on Pro7 in segments of 40 – 50 seconds every time various reality programmes, The Simpsons or film trailers are advertised. It is the biggest promotion activity any major label undertakes during the summer season and having “Hey Hey” chosen for this campaign, that is usually reserved for stars such as Taylor Swift or David Guetta, is a testimony to the faith that such media giants as Sony and Pro 7 are placing in “Hey Hey”.

The colourful video, shot in Portugal by the German video wunderkind Danny Wild, follows two girls (in love?) dancing their day away.