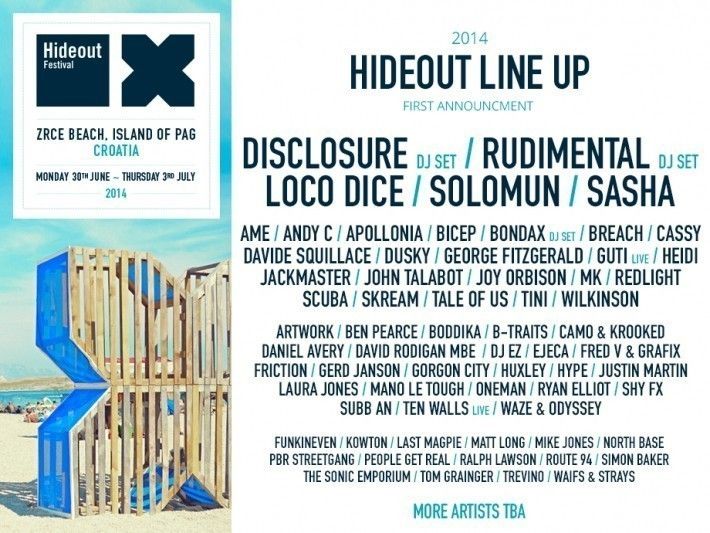 As Hideout enters its fourth year, the week long event created by Sound Channel has established itself as the forerunner of electronic music festivals. Last month they announced a new registration system for tickets, and today some of the huge number that signed up are in with a chance of gaining entry to the revered event that last year sold out in the record time of eight weeks.

New for this year are VIP tiered tickets, offering attendees access to exclusive events in the area, queue jump access onsite and merchandise. There is also the new ‘Hideout experience’ including accommodation, airport transfers and more to take any pain away from the booking process, all available from the Hideout website.

Dance music’s grandest talents and sharpest stars play both during the day at beachside pool parties and intimate boat sailings as well as through the night on the infamous Croatian Zrce beach strip. Today Hideout announce artists on the bill including the young and unstoppable duo, Disclosure, Black Butter’s runaway outfit Rudimental will be returning to the show as is Hideout favourite, Loco Dice.

Hideout also welcomes new artists to the show such as house music veteran Sasha and king of the groove, infamous for his exceeding popular Ibizan residencies, Solomun.

Spanning over sixty artists, four venues (with major improvements for this year), extended boat and pool events and offering guaranteed sun exposure on a beachside-setting, Hideout is the obvious choice for dance music devotees in search of the ultimate festival experience.