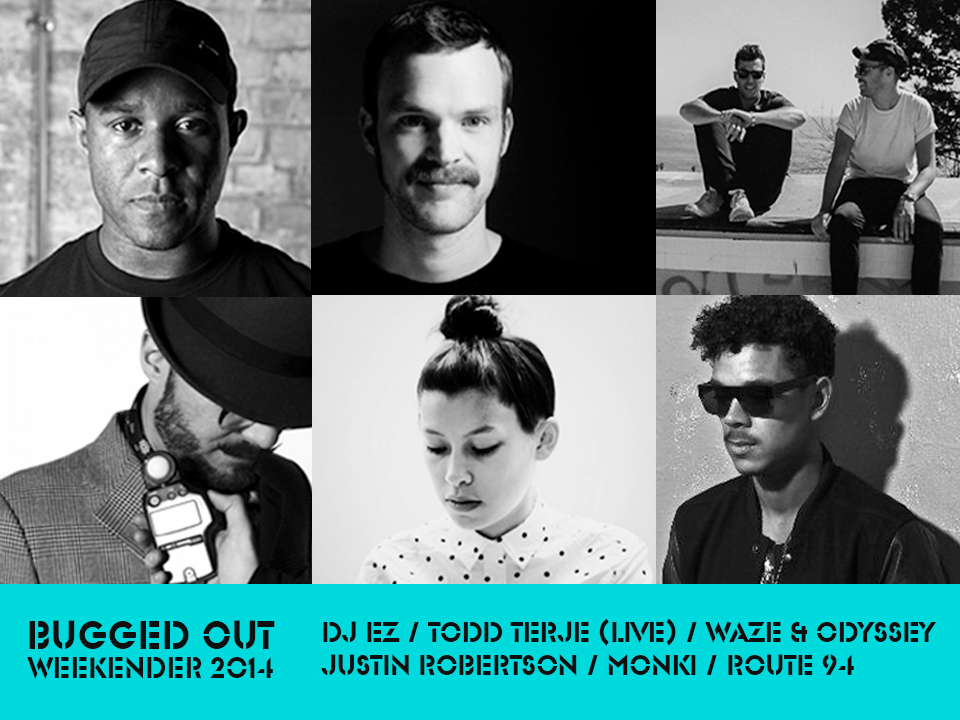 Newly announced is Norwegian producer extraordinaire Todd Terje who will be bringing his inimitable house, funk, ‘space disco’ sound to the UK for the first time with a debut live set. Playing alongside him are garage legend and notorious party starter DJ EZ and enigmatic house producer Route 94 whose mysterious emergence onto the scene last year has left everyone guessing.

Joining them will be rising house duo Waze and Odyssey and Zoo Music head honcho and BBC Radio 1 DJ Monki who will be playing at Bugged Out for the first time. In contrast, it’s only right that Justin Robertson – a veteran and former resident from the very beginning in ’94 all the way through to 2003 – returns to the Weekender to join in the special 20th anniversary celebrations.

Line Up so far: