Hideout 2014 Sells Out In A Record Two Weeks 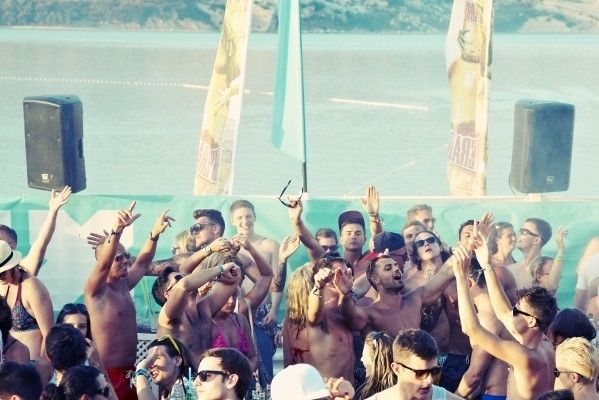 Hideout 2014 Sells Out In A Record Two Weeks

After just two weeks on-sale, Hideout Festival in Croatia has now completely sold out. Thousands of tickets have been sold to avid fans across Europe in what is undoubtedly the fastest-selling Croatian festival ever. Hideout 2014 will take place at its spiritual home on Zrce Beach, Pag, from 30th June to 3rd July. Over 100 artists will take to the stage including headliners Disclosure (DJ), Rudimental (DJ), Solomun, Loco Dice and Sasha, in what is set to be another epic week of music and fun. For more information visit the Hideout website.

Boasting its fourth consecutive sell-out year, Hideout Festival is undoubtedly one of the most sought-after electronic festivals in Europe and certainly Croatia. Revellers who have been lucky enough to get there hands on the festival ticket of the summer will certainly not be disappointed as Hideout boasts its most ambitious line-up to date.

The top artists in electronic music will span four stunning open-air clubs, beachside pool parties and intimate boat parties, with plenty of new surprises in store. In addition to five of the best headliners music has to offer, other highlights include the likes of Bondax (DJ), Breach, George Fitzgerald, Heidi, Jackmaster, plus many more.

Hideout Festival is the brainchild of Leeds-born promoters, Sound Channel, who stormed onto the European festival circuit in 2011. Since then its success has been unparalleled; it has been a major driving force in bringing quality electronic music to the stunning shores of Croatia and providing a unique festival holiday experience to fans across Europe.

With so much music on offer in a stunning location, Hideout Croatia is the destination of choice for dance devotees.