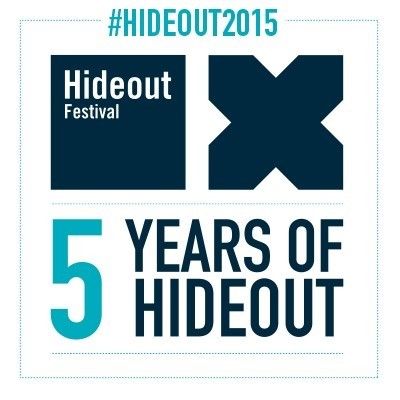 Croatia´s Hideout Festival announce its long-awaited fifth outing and the most monumental year yet. Taking place from June 28th – July 2nd 2015, Hideout will return to its home on the island of Pag and will unite musical regulars from the past five years including Jamie Jones, Skream, Heidi, Loco Dice, Eats Everything, MK and Gorgon City, for an unforgettable anniversary showcase. The fifth instalment will welcome back iconic guests such as chart-topper Duke Dumont, vinyl Queen Nina Kraviz, man of the moment Ten Walls (Live), and recent Red Bull Culture Clash winners David Rodigan MBE and Shy FX. Making their debut on the heavenly Zrce Beach will be serial chart-toppers Sigma, BBC Radio 1´s Monki and Jungle icon Roni Size. With Hideout 2014 selling out in just two weeks, the Croatian event anticipates smashing records yet again with another sell-out year. Registered ticket holders are able to purchase tickets immediately through the Hideout Festival website while general tickets will be on Thursday 6th November 2014.

As Hideout Festival enters it´s fifth year the week-long showcase of electronic music has become the must attend event of the summer, putting Croatia on the map as the perfect music destination. Gearing up for what will be their most exciting celebration yet, Hideout will once again take over the stunning Zrce beach to welcome the most exciting names in House, Techno and Drum & Bass, offering plenty of surprises along the way.

From dancing until sunrise at the five breathtaking beach clubs to sailing out into the crystal clear ocean aboard one of the many boat parties, throughout the past five years Hideout Festival has defined itself as the ultimate summer retreat for electronic music fans, sun worshippers and hedonistic revellers alike. As the festival continues to go from strength to strength the five year anniversary will surpass all expectations and is set to be a talking point for years to come.