Two Can - Holding On To You (Remixes) 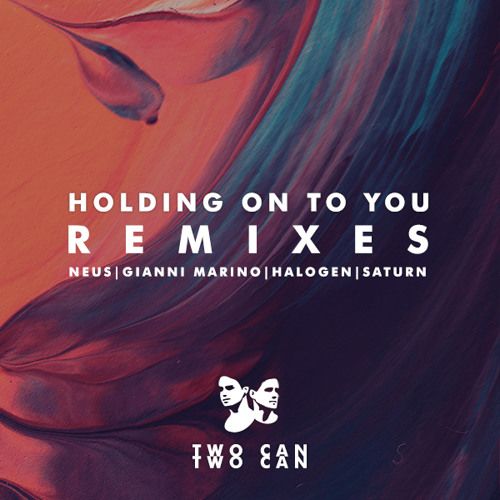 Two Can - Holding On To You (Remixes)

Hailing from the inner-suburbs of Melbourne, Two Can are putting their own stamp on today's indie-electronic landscape. Consisting of brothers Oscar, a jazz percussionist and Myles, an audio-engineering student – Two Can have had music coursing through their veins since a very young age. From percussion to guitar, keys to brass; the boys have developed into a multi-instrumental and composition power-house.

Two Can isn't about the next big single – it's about music development as a whole. But to think that their recent singles haven’t been big would be a mistake as the brothers have racked up three Hype Machine #1’s. Holding On To You ft. Savoi is close to 300,000 plays on Spotify and has received love from tastemaker blogs such as Pilerats, Acid Stag and Alfitude, as well as high profile press including The Sydney Herald.

Next up is a cracking set of remixes, featuring re-works from Halogen, Gianni Marino, NEUS and Saturn. Each mix brings a fresh perspective, but all fit beautifully within the Two Can philosophy. This remix EP isn’t about throwing out a bunch of bangers, it’s a thoughtfully crafted selection of new musical ideas, each an evolution of the original Holding On To You. And as 2016 begins to draw to a close, it’s clear that Two Can and their friends should be high on your “names to watch” list for the new year.