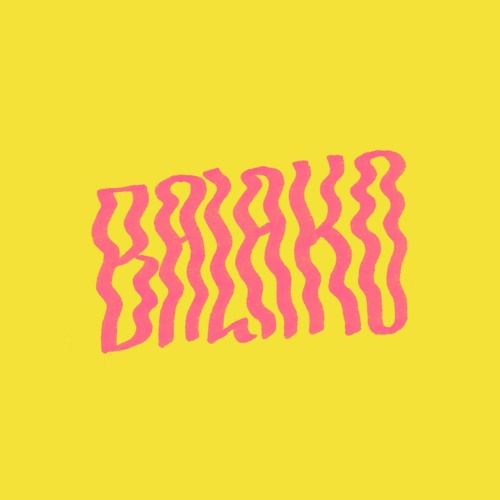 'Hora De Balako’ is the infectious debut single from Brazilian duo Balako. The pair – AKA Diogo Strausz and Rodrigo Peirao – aren’t about making music to fit. Their styles range from techno and house to salsa and carimbo, blending 70’s disco and funk in the process and creating something both retro sounding and current. The word Balako derives from an 80's Brazilian slang word which fittingly translates as – 'a good type of mess.’ The authenticity of the tracks caused early confusion to Greco-Roman co-founder Joe Goddard who assuming the were littered with samples, quickly fell in love. "Sampling, remixing and re-editing shouldn't be the only way to make Brazil sound contemporary on the dancefloor” insists Strausz. Complete with next track ’Nervous Inn,’ the full EP will be out in August. “For these tracks we headed to the studio with our musician friends and created our own retro sounding edits from scratch. It just seemed obvious to us.”

The pair met in 2015 through a mutual friend on a production job in LA, quickly striking up a friendship through their shared love of music. “As we walked home from the beach one day we started talking about creating a party” explains Strausz. “We started doing edits and remixes from tracks we loved and bringing live musicians in to play on them to create a unique atmosphere at these events.” From there the pair took their ideas to Diogo’s studio and Balako was born. “We complement each other well,” shares Peirao, “we both bring something to the table respect each other’s opinions a lot.” Dubbed a ‘music production master’ by Noisey, seasoned record producer and multi-instrumentalist Strausz is known for his ability to work with a wide range of styles and genres. Peirao has previously worked as a composer, DJ, producer and creative director, producing parties around the globe and DJ’ing with the likes Young Marco and Derrick Carter.

Balako’s unique sound is testament to their ability to look to the past and present for inspiration in equal measure. They love their city’s “sexy and energetic” music scene but want to do things on their own terms. “We are not in the glory days of clubbing and I think that is directly linked to the economic crisis we are facing. Nevertheless there is still some great producers emerging from the city like Carrott Green and Joutro Mundo, alongside local heroes like Mauricio Lopes.” It’s safe to say both Strausz and Peirao had earnt their place amongst the cities exciting new generation of producers before their paths even crossed. By joining forces and dedicating their time solely to Balako, the dynamic duo look to pick up the funk mantel and make 2017 their own. They will perform in two live formats, as a DJ set and with live band.