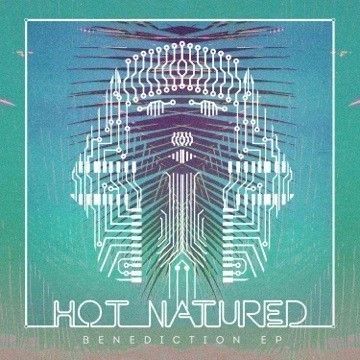 Seminal producer Nic Fanciulli presents his remix of Benediction, on Hot Natured’s Benediction Remix EP out now on FFRR. Taking what has become one of the biggest deep house records of recent years and turning it on it’s head, Nic Fanciulli has remixed Hot Natured & Ali Love’s ‘Benediction’ to become an upfront, bass-heavy roller which pays tribute to the original’s deep melodic vibe, while enthusing a distinctly timeless and current rework of both the bass and snare elements from beginning to end.

Playing with sections of the instantly recognizable vocals and chopping through a heavy dose of hats and snares, Fanciulli’s rework more than does the classic original justice. Playing with tribal percussions throughout, Fanciulli’s take on one of Hot Natured’s stand out records easily sets itself apart from other attempts at reworking the soulful classic.

Also on the Benediction EP are remixes from No Artificial Colours, Lxury & Grades .

Earlier this summer, Nic Fanciulli together with Joris Voorn revealed their brand new party concept La Familia. La Familia will take up its residency across 8 dates of stand-out, electronic music at the world-renowned clubbing hot-spot Ushuaïa Ibiza. Having started the season as a collaborative project with Ushuaïa’s infamous ANTS, La Familia will step out alone taking over every Sunday throughout September at the stunning beachside venue.

Nic Fanciulli also joined Defected’s acclaimed compilation series this year as Defected In The House Presents Nic Fanciulli came out earlier this month. Nic will also be celebrating 15 years as a DJ this year and will be throwing a fifteen hour party at The Source Bar in Maidstone on the 24th August; playing an exclusive fifteen hour set, inviting fifteen guests to play alongside him. For more information on Nic’s tour dates, see below.