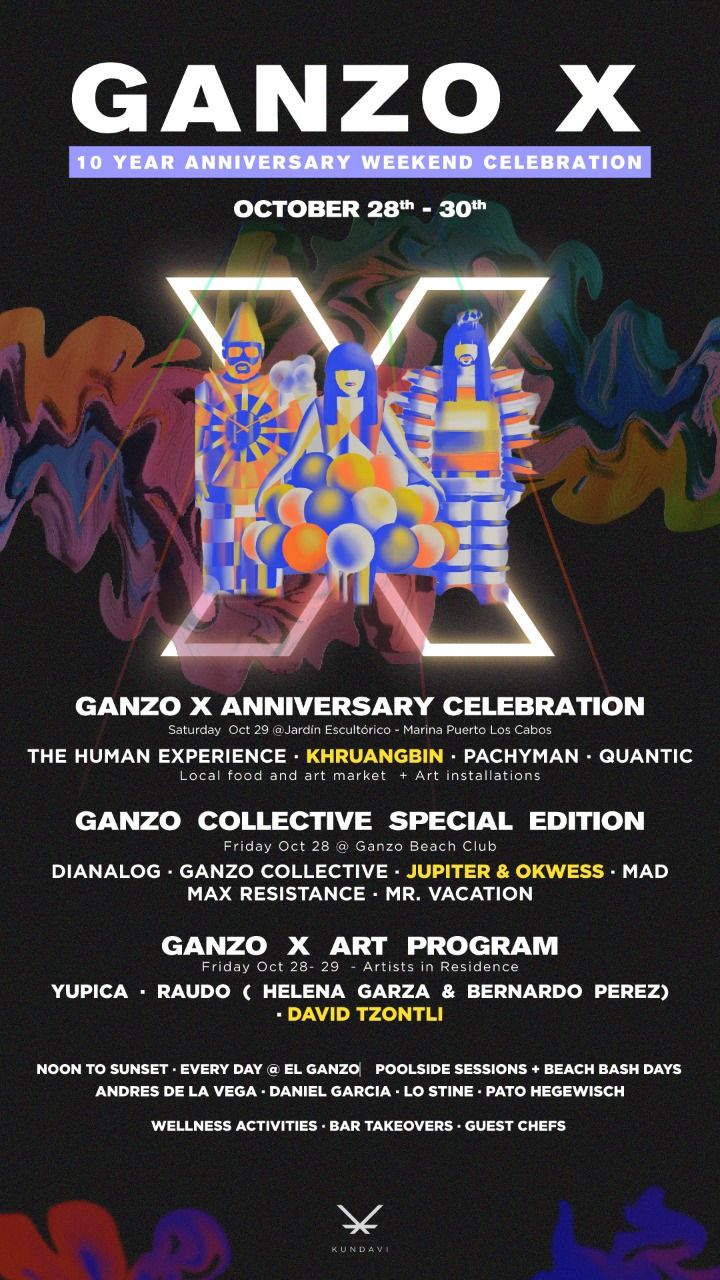 Hotel El Ganzo is a 69-room, beachfront hotel that stands at the marina of an old fisherman’s wharf in La Playa in San José del Cabo. Built as an epicenter for art and culture, El Ganzo fuses natural beauty and forward-thinking hospitality to create a place where independent art and music thrive. Now, ten years since the property was founded by Pablo Sanchez Navarro, El Ganzo remains a unique foothold in the world of the arts and a utopia for the creatively minded – with live artist installations, an in-house recording studio, as well as a bustling schedule of musicians playing on-site.

The weekend will be centered around the Ganzo X Anniversary Celebration Main Event on Saturday at Jardín Escultórico – Marina Puerto Los Cabos. Guests can look forward to a headlining performance from Khruangbin, a musical trio from Texas that is known for their electrifying live performances and a variety of collaborations including Leon Bridges, Paul McCartney, and Vieux Farka Touré.

Additional artists on the Main Event lineup will also include Will Holland’s DJ alias Quantic, the Jamaican-inspired sounds of Pachyman, the live electronic project The Human Experience, and more to be announced. The Main Event will also feature local food, an open-air art market, installations, and an afterparty at a secret location. Highlights on the music front will also include a performance from Jupiter & Okwess, the acclaimed band from the Democratic Republic of the Congo. This will take place on Friday at Ganzo Beach Club and feature additional musical acts and a fresh & spicy cocktail bar.

The event continues at the Crania Season III re-opening event, welcoming another season of Burning Man-inspired delights in its unique beachside locale. Crania is located next to Hotel El Ganzo and is a beloved space for music, art, wellness, food, consciousness, and environmental sustainability. This will feature music from esteemed Los Angeles DJ Marques Wyatt, the unique sounds of Mexican artist Rocco Desentis, and more to be announced, along with a special seasonal dinner option.

Furthering El Ganzo’s ten-year dedication to championing art of all mediums, Ganzo X will welcome three Artists In Residence to its creative footprint. The program includes live techno-animism installations and interventions from the Tokyo-born and Mexico City-based artist Yupica, which will include ricegraph, animated prismatic sculptures, and multidimensional projections. Next up is live performance and improvisation from the audiovisual ensemble formed in Mexico City known as Raudo (Helena Garza y Bernardo Pérez), giving attendees the chance to view Immersive experiences generated by sonic exploration and VR installation. This is rounded out by David Tzontli, who will showcase scientific life-size replicas of dinosaurs covered in art, highlighting provocative and sacred statements of culture and ancestral knowledge.

On the culinary front, those that purchase hotel packages can also look forward to all-inclusive food and beverage options that include a Gourmet Welcome Dinner by Javier Plasencia, an open bar at the hotel from 12:00pm to 10:00pm, signature Ganzo brunch & breakfast every morning, and the twenty-four-hour offerings of El Ganzo Restaurant and Rooftop.

El Ganzo has always been known as a hideout for the creatively inclined and a hotbed for high-level inspiration, and as such boasts a top-of-the-line underground recording studio known as El Ganzo Records. The studio has hosted artists like The Whitest Boy Alive, L’imperatrice, Anderson Paak, Siddhartha, Rubio, and many more, a beachside nest for all kinds of irreverent creative music works. The hotel offers artistic residencies that boil down to one week of pure creative experimentation with all the elements surrounding Hotel El Ganzo.

Tickets and more details for the Main Event with Khruangbin can be found here. This includes the following ticketing options: General Access, Golden Access, and Premium Access. Those interested in hotel packages can fill out the form at the bottom of that page. 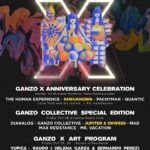