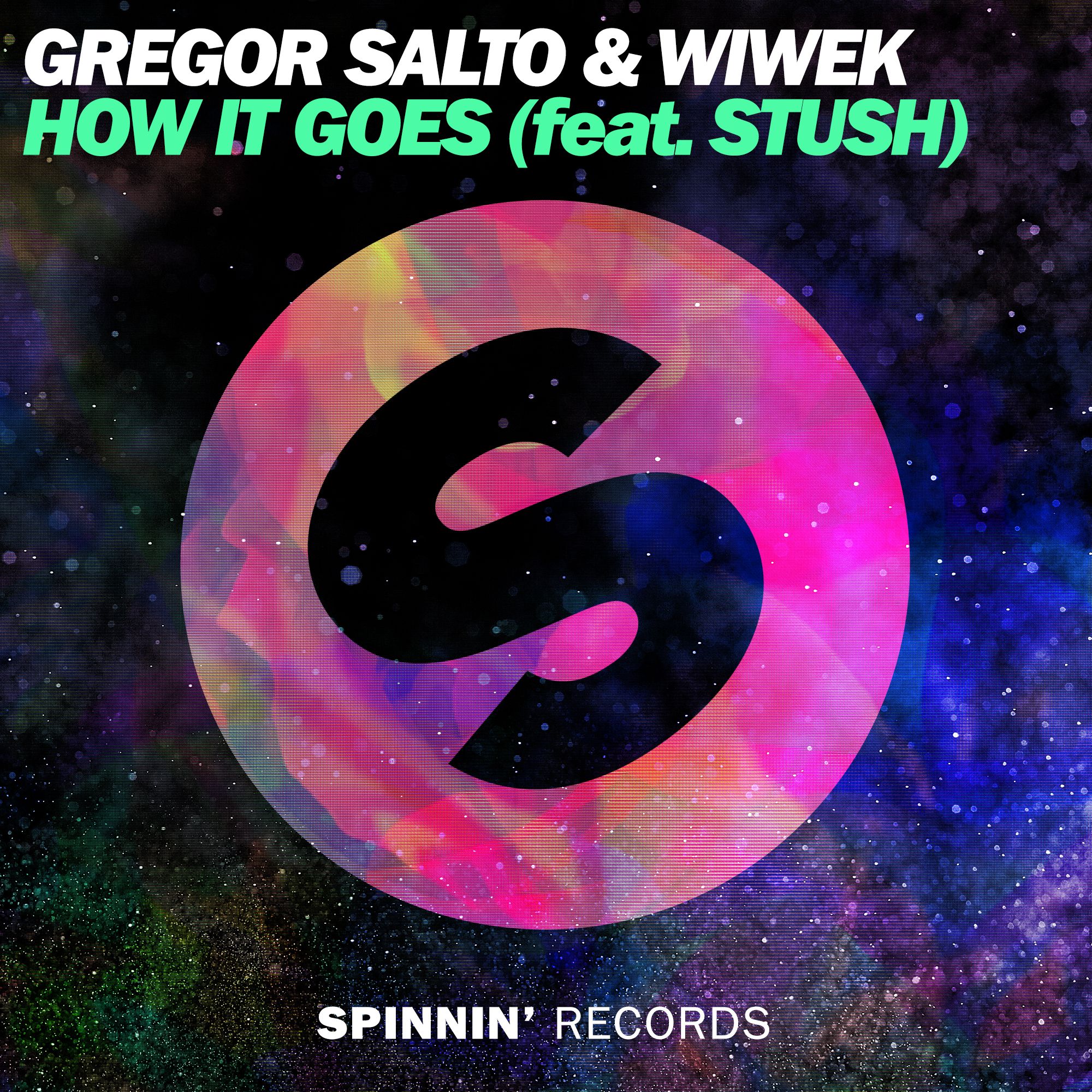 Dutch DJ legend Gregor Salto and fellow countryman Wiwek have teamed up once again for a blazing club tune. Featuring Stush on vocal duty, 'How It Goes' comes hot on the heels of widespread, high profile DJ support, and is out now on Spinnin' Records.

It surely is a match made in heaven, the enduring collab between Gregor Salto and Wiwek. Both artists have the talent to deliver unique, headstrong house grooves, incorporating characteristic latin and bass elements, making sure every record that comes out sounds like something special.

When combined, the Dutchmen tend to surpass themselves. Their 2013 tune 'Intimi' worked wonders, while last year's collab single 'Miami' made lasting impressions everywhere, including widespread DJ support. Now, they return with 'How It Goes' featuring Stush on vocals, another hole-in-one, including DJ support from all the greats out there, including Dimitri Vegas & Like Mike, Hardwell, Oliver Heldens, R3hab, Firebeatz, Blasterjaxx, Laidback Luke, Tujamo and many more…

Gregor Salto:
“It's always a pleasure and inspiring to get in the studio with my friend Wiwek and we always try to come up with something that sounds new to us instead of doing the same over and over again. Stush gave us some really dope vocals to work with so that helped a lot too. I notice when I play this in the club that people kinda have to get used to it for a minute but once they get it they're like OOOh YEAH!!”

Wiwek:
"It's always a creative open minded studiosession when I'm with Gregor. We made this tune in one of our many studiosessions which is a bit more groovy minded then usual. We wanted to make a tune that just kept going. The vocals from Stush really finished it off.  You can feel the good fun chemistry me and Gregor have in the studio with this new collab of ours!"

Gregor Salto & Wiwek – 'How It Goes' feat. Stush – out now on Spinnin' Records