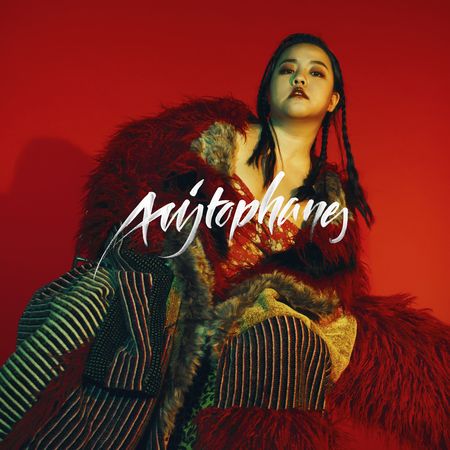 Taipei based artist Aristophanes (real name Pan Wei Ju) combines striking verbal wordplay, poetry and forward thinking delivery, which has seen her rise to be at the forefront of new sounds emerging from Taiwan. Discovered by Grimes, who subsequently invited her to collaborate on her single 'Scream' from her critically acclaimed album ‘Art Angels’, Aristophanes fuses elements of Hip Hop, Slam Poetry, Jazz, Soul and Electronica, to create a sound that is truly unique.

Today you can hear a brand new single from this powerful pairing of cutting edge female artists, with Aristophanes latest offering '人為機器 (Humans Become Machines)'. The track, which was produced by and features additional vocals from Grimes, premiered last night c/o Zane Lowe on Beats1 and is taken from Aristophanes forthcoming mixtape, due for release on 24th February on Big Picnic Records. Other collaborators on the mixtape include Jam City and hotly tipped 17-year-old producer Kai Whiston.

Aristophanes has performed at international music festivals including Coachella, becoming the first Taiwanese artist to do so, SXSW and Laneway. She has received radio support from Zane Lowe on Beats1, BBC Radio 1, KCRW and Triple J. Catch her playing the below live dates across Australia and Europe this February/March: