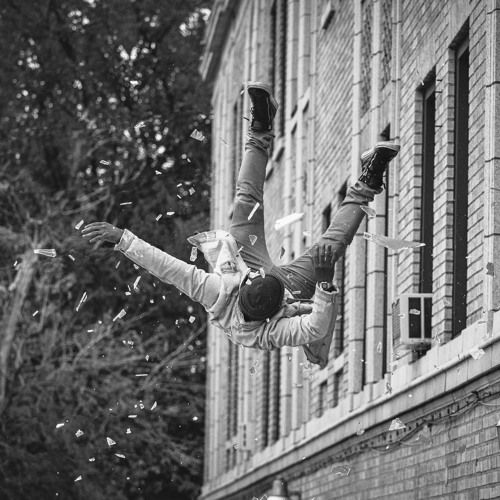 HXLT, the Chicago punk minded crooner and recent signee to Kanye West's G.O.O.D. Music has announced his debut, self-titled album to drop February 26th. Produced entirely by HXLT (save one track produced by Mano, producer of The Weeknd's "The Hills") the album also features a track with the iconic Kathleen Hanna. Flying comfortably somewhere between Joy Division, The Strokes and Dr. Dre, HXLT has been five years in the making while adhering to a completely DIY aesthetic. In addition to producing the album himself he also shot, directed and did his own stunts in all of the videos from the record.

You can see the DIY aesthetic first hand in the latest video for "Sick" off the album that has him time traveling through living room windows. The video also features a TIMBUK2 tribute to commemorate the untimely passing of the popular Chicago DJ and close friend.

Reaper
Why
Work It Out
Live To Death
Together ft. Kathleen Hanna
Sick