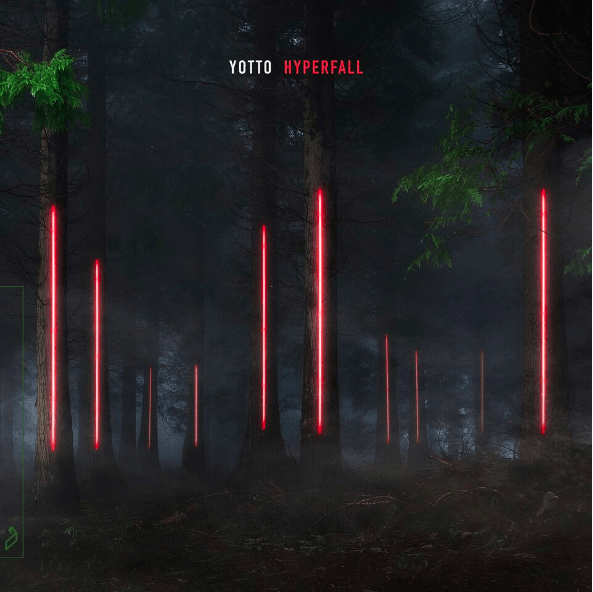 Finnish DJ and producer Otto Yliperttula, aka Yotto, is a dance music star in the making.

Having debuted on Anjunadeep in early 2015, he quickly caught the ear of BBC Radio 1’s Pete Tong and Annie Mac, since then picking up 5 ‘Essential New Tunes’ and 3 ‘Hottest Records In The World’, along with over 40 million streams and DJ support from the likes of Solomun, Jamie Jones, Patrice Baumel, Eric Prydz, Adriatique and Joris Voorn, who signed Yotto to his renowned Green label.

With such a bevy of support, Yotto is primed to join the big leagues with the release of his debut album, Hyperfall, the culmination of three years in ascendance.

“This record is generally inspired by the feeling of having lost and found your car keys at the same time,”described the artist. “There’s drama, distress and deep, profound contemplation mirrored with relief and relentless joy.”

The album’s first single ‘The One You Left Behind exemplifies the quintessential Yotto sound. Powered by a dynamic low-end groove, the track begins with ethereal, floating synths before vocals from Iceland’sVök lead to a euphoric crescendo.

“I wrote this emotional club instrumental while sitting in a hotel room last summer and always felt like it was missing the last piece in the puzzle,” Yotto explains. “I’m really into this Icelandic band called Vök and was lucky to get their singer Margret to add her tone to the track. There’s a lot of moody Scandinavian melancholia here that I like in the form of a simple, straightforward club track.”

Yotto is also announcing his biggest tour to date, starting with shows across Europe and both North and South America. The tour goes on sale Thursday, July 19. More dates for the second leg of the tour will be announced this fall.

Hyperfall
The One You Left Behind feat. Vök
Kantsu
Nada C
Turn It Around
Epilogue
Outsight
Odd One Out
Hyperlude
Radiate
Hear Me Out feat. Sønin & Laudic
Walls
Waiting Here