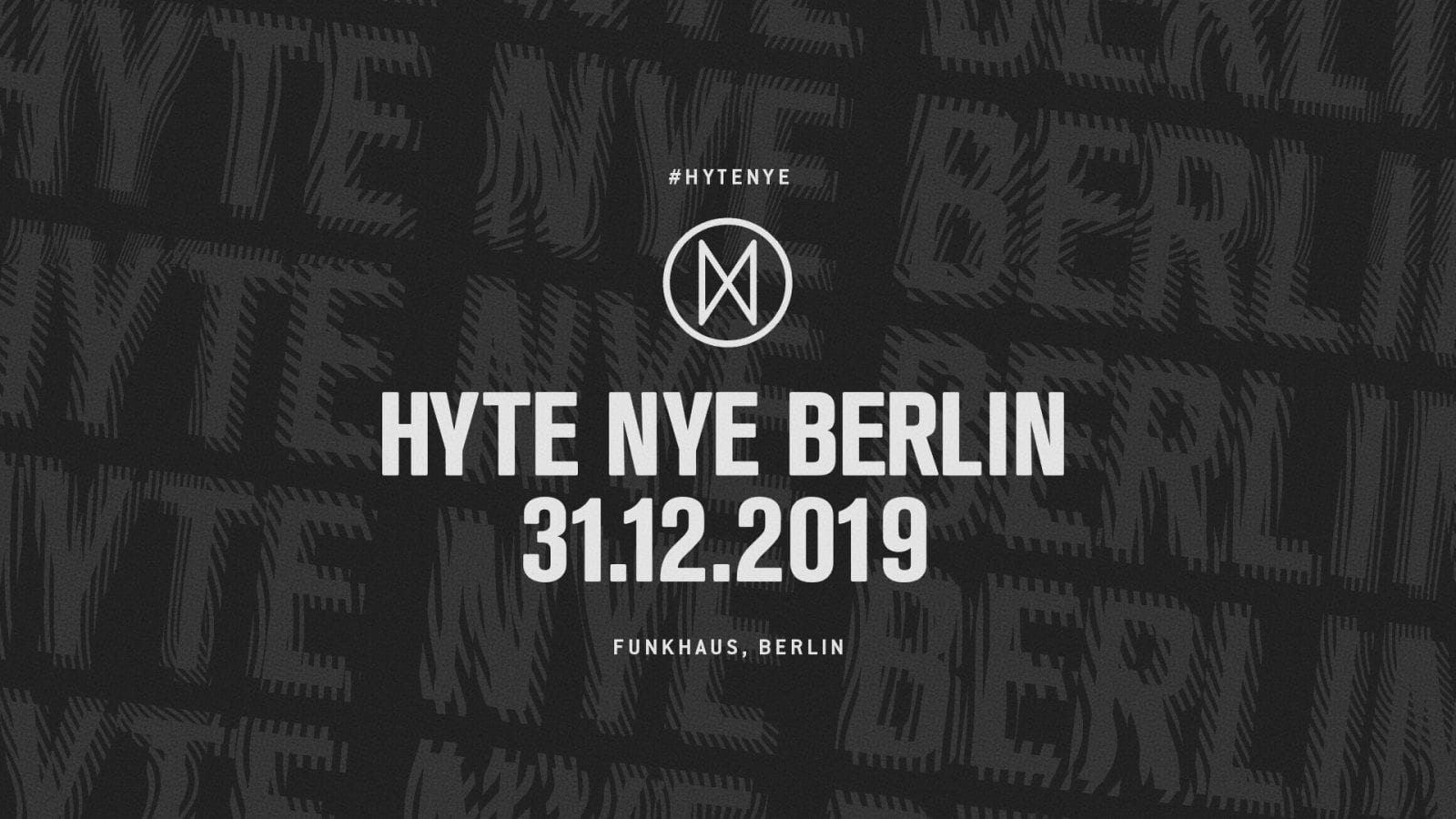 HYTE NYE Berlin is now a fixed date on the annual rave calendar. The flagship HYTE festival will return to the immense warehouse surrounds of Shedhalle at Funkhaus, a venue like no other, for another of its stock-in-trade marathon events featuring a cast of the underground elite alongside its hyped newcomers. Expect an exceptional celebration with the lineup and production to match the reputation of HYTE worldwide.

This 2019 edition of HYTE NYErepresents its sixth NYE gathering in Berlin where the underground festival brand will utilize the world-famous Funkhaus once again. The venue became the signature home of the Berlin-based, but worldwide touring festival series, it’s a venue that is steeped in the city’s proud tradition of re-appropriating old spaces and transforming them into hubs of music and culture. A former GDR complex, characterized by monumentality and the typically austere grandeur of Soviet architecture, situated right on the River Spree, which once housed the radio and TV headquarters of communist East Germany.

Central to HYTE NYEis the tremendous Shedhalle, which is one part of Funkhaus, a vast warehouse space encircled by a mezzanine level and flanked by formidable steel girders and cavernous arched ceilings. It perfectly embodies the industrial grit and grandeur of Berlin’s most beloved venues, and it provides a unique, one-of-kind setting for the most anticipated HYTE event of the year.

These sprawling surrounds will be brought to breathtaking life by the HYTE trademark commitment to lighting, sound and production. Forging a connection between performer and crowd that allows its carefully-curated lineups to shine in their full glory, it’s the same HYTE magic that is on display at events in every corner of the globe this year.

Past editions of HYTE NYE Berlin have played host to heavyweights like Richie Hawtin, Carl Cox, Adam Beyer, Nina Kraviz, Loco Dice, Amelie Lens, Tale of Us, Chris Liebing, Pan-Pot, Ricardo Villalobos and many, many more. Lineup announcements will arrive in the coming months, and you can expect a curated selection that matches the calibre we’ve come to expect from HYTE both in Berlin and all over the world.