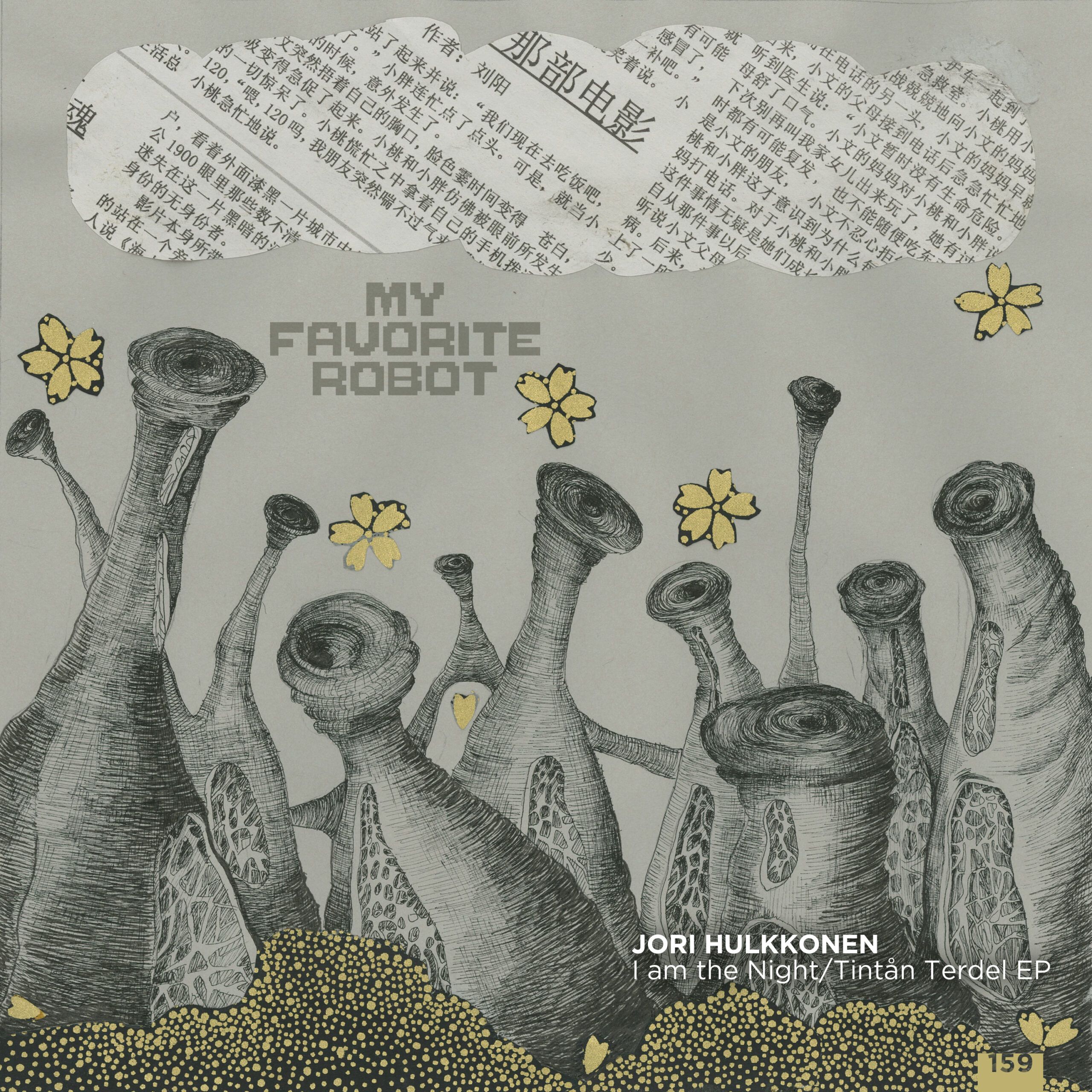 Before he releases ‘Don’t Believe In Happiness’, his next full length album on the label, Finnish artist Jori Hulkkonen teases us with two new tracks on My Favorite Robot Records.

Hulkkonen is a regular on this label with his two last albums coming through the imprint. A prolific producer with a real mastery of his synths, he creates atmospheric soundtracks couched in techno but with a wide world of influences contained within. These new tracks are two of the more DJ friendly cuts from the “rather dark and moody forthcoming album, and have been secret weapons in his sets for a while now.

Up first, the majestic ‘I am the Night’ has all elements Jori has come to love in house music over the past 30 years: a slightly distorted, punchy 808, mystic vocal sample and a dramatic chord sequence. It is a serene and zoned out cut that really gets you under its spell.

On the flip, ’Tintån Terdel’ is a more laid-back groove based on a fine chord structure and with a bouncy bassline reminiscent of Metro Area and arpeggios a la Daft Punk from their golden turn of the millennium period, all finished with chords from Miami Vice-era Jan Hammer. “This track is dedicated to my favourite hangout in my home town in Turku,” says Jori of the breezy and laid-back number.

These two great cuts offer a tantalising taster of what is to come from the full album later in the year.