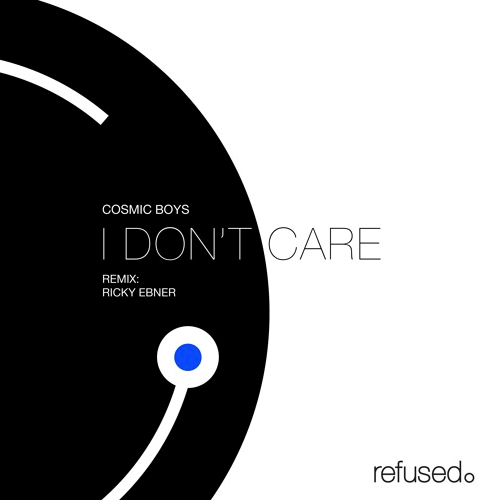 Since 2012, Cosmic Boys of Montpellier, France have been rapidly infiltrating the French techno scene, and have now seeped into North American territory with this new EP titled “I Don’t Care” out November 10th, 2015 on refused. So far, Sebastian Bevil and Gabriel Meynardier of Cosmic Boys have released on prestigious labels such as Minus, Form and  their own imprint Scander.

This upcoming EP features infectious grooves, modulated vocals, deep basslines and crisp percussions. “Origin” features pronounced hi-hats, a dark groovy bassline, thunderous claps and manipulated, satanic vocals. “I Don’t Care” grows on a deep, down-tempo bassline and a filtered kick. Spacey effects and ominous, chopped up vocals give the track density and mind-blowing energy. “Together” kicks the energy back into high gear as a strong pronounced kick leads us into the last original track of the EP. Winding synths, and reverberated claps give this track motion. The EP also features a dark, rolling techno remix of “I Don’t Care” from Russian producer Ricky Ebner.