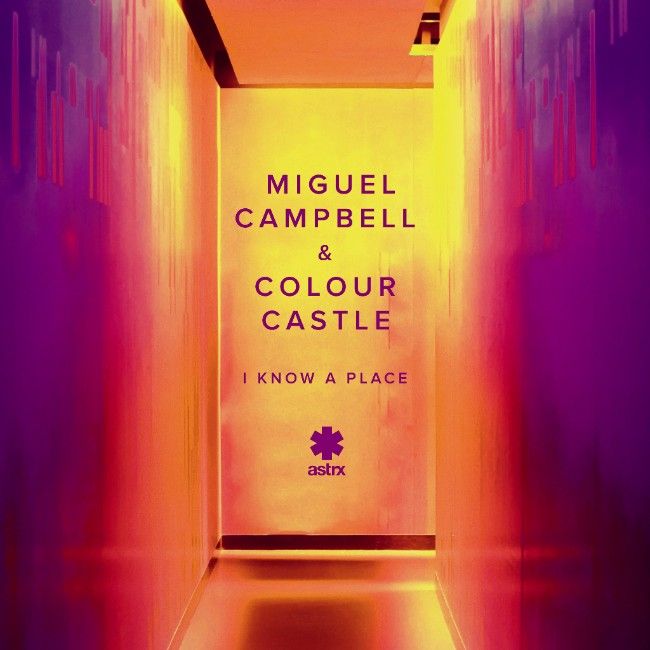 Hot Creations heavyweight Miguel Campbell has joined forces with Sydney house guru Colour Castle to deliver a funkafied house collab “I Know A Place”, to be released on September 29th via Astrx. Soulful house vocals, subtle Rhodes chords and a smooth as silk bassline all combine to create a grooved out club cut that’s set to take over dancefloors around the world.

Miguel Campbell has been galvanised by the house music scene since the early ‘90s and has also been a DJ since that time. In 2010 he became the newest addition to the Hot Creations team and went on to pick up international recognition, capturing the imaginations of party people the world over with tracks like the timeless “Something Special”. Miguel's forward march continues as he refuses to relent, working on more music, including recent remixes for Basement Jaxx and RÜFÜS and continuing to travel to foreign shores, spreading his unique brand of funk around the world.

Campbell describes how the collaboration came about: “Whilst on tour in Australia, I received a request to remix a track called “Love Addict” by an exciting young artist by the name of Colour Castle. This track was released on Ministry Of Sound and held the number one spot for over six weeks. Following on from this successful release, Chris (Colour Castle) and I met up in Sydney during my next tour of Australia and decided to begin collaborating with each other. Our new release “I Know A Place” will be released soon on Australian label Astrx/TMRW Music with remixes by Amine Edge & Dance, MAM and Freaky Secret.”

Colour Castle has dominated the ARIA Club Chart over the past year, with his breakthrough track “Walk Right In” spending a huge seven weeks in the coveted #1 position in 2016 and gaining eminent support from Danny Howard, Carl Cox, Hannah Wants, Billy Kenny and The Aston Shuffle. Colour Castle then followed it up with “Love Addict” which also hit the top spot on the ARIA Club Chart and also held the top spot for seven weeks.

Colour Castle describes working with Campbell: “It was great to work with a producer who I have been a fan of for such a long time. We were lucky enough to get into my studio twice while Miguel was in Sydney. Vibes were high and the energy whilst creating this track will be something I will never forget. This won't be the last from us either.”