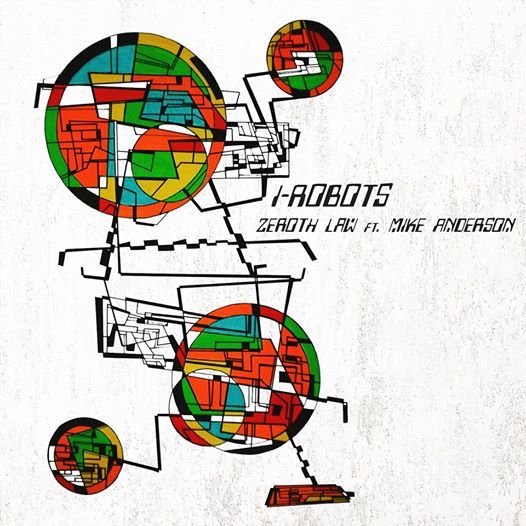 Opilec Music is back with another excellent project, this time from acclaimed label boss I-Robots with help from the UK’s Mike Anderson of KMS and Chiwax association plus Demented Machine from Opilec Music. The varied package also features remixes from Mr. Raoul K of Baobab and Mule Music and American Santiago Salazar, known for his work on Underground Resistance.

‘Zeroth Law’ is a brand new record from Italian electronic music curator Gianluca Pandullo AKA I-Robots who has been the driving force behind the eclectic and ever impressive Opilec Music. The I-Robots musical history has seen Pandullo produce the Italo Electro Disco Underground Classics compilation as well as his debut LP entitled ‘Laws Of Robotics’, which was inspired by and dedicated to Isaac Asimov. This same concept also saw I-Robots produce the second release for the now well established Ornaments Music label in Berlin, and soon we will see tracks from that original compilation remixed by stars from around the world.

For this new record the producer is working alongside Mike Anderson, who brings a dub reggae twist to the proceedings, this is a diverse release that draws it’s influences from around the globe. Artwork for this special 12” and digital release comes from Japan’s Tamani Saito.

First comes the excellent ‘Zeroth Law’ ft. Mike Anderson & Demented Machine. It’s a rubbery, squelchy techno affair with tough drums and tons of jangling melodies. Explosive drum fills and rolling snares add intensity, as do Afro vocals and high pressure kicks, whilst Mr. Raoul K’s Ivory Coast Version Take II is much more chilled out and beachy. It has dishevelled drums and perc, summery wind sections and a deep set groove that immediately transport you to the plains of Africa.

Santiago Salazar’s brilliant Confusion Version is a more heads down and hypnotic techno affair with frazzled synths marbling the tightly coiled drums. Groaning synths rise up through the mix and drone melodically above, and you can see this one really doing damage at the peak of the night. Lastly, ‘Zeroth Law’ ft. Demented Machine hammers home a rampant house groove with splashes of cymbals, kinked synth stabs and a sense of nerve twitching urgency that really will sweep dancers up off their feet.

This is a standout, afro tinged house and techno package that lands perfectly in time for some serious summer action.