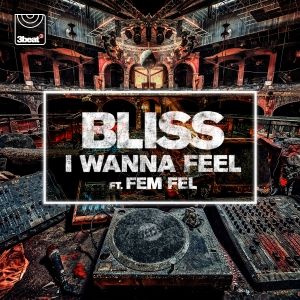 ‘I Wanna Feel’ will be followed by further new material later this year, including a collaboration with the Godfather of Grime, Wiley. One constant throughout Bliss’ career is her love of discovering new music, be it playing new artists in her DJ sets, signing them to her own label, Junkdog Records, or featuring their music in her hugely successful radio show, Sister Bliss in Session (syndicated to over 100 stations and 43 countries worldwide).

Bliss continues her reign with a jam-packed summer of festival shows including Exit Festival, Glastonbury, Creamfields, Transitions London, and Beat Herder, with further performances and club shows in Ibiza (including Taste The Punch at Eden and Cream Ibiza) and beyond. For full gig dates please see: https://www.facebook.com/thesisterbliss.

One of the most successful British dance music artists of the past 25 years (of any gender), Bliss is the musical force behind Faithless, alongside iconic frontman Maxi Jazz and producer Rollo Armstrong. During their career, the trio sold in excess of 15 million records worldwide, and released 8 albums (including 3 No.1s and 6 Top 10 singles). Faithless also broke the mould for live electronic music, playing live to millions across the world, and headlining some of the UK’s most iconic venues and festivals.

2015 marked the 20-year milestone in Faithless’ illustrious career. To celebrate this anniversary the band curated a special remix album ‘Faithless 2.0’, which reached No.1 in the UK charts. Such is their legacy; the album featured remixes from some of the biggest names in electronic music including Tiesto, High Contrast, Above & Beyond, Booka Shade, and Claptone; not only bringing their music to a new generation of fans, but inspiring her current fresh and distinctive sound.

A gifted musician (and classically trained on the piano and violin), Bliss has numerous credits for film, television and theatre. She’s also collaborated with numerous artists over the years, most recently the likes of Kate Tempest, Faris Badwan and Marshall Jefferson