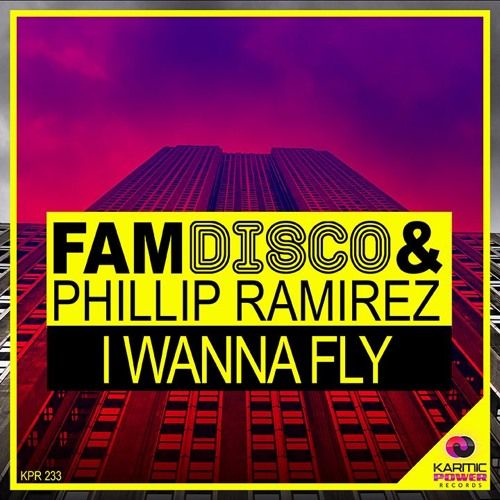 A top house production from House Fam who are the combination of Paolo Fedreghini, Massimo Anelli, and Max Montorio. The vocal stylings come direct from the USA's Phillip Ramirez who himself had a hit with production team 95 North with “See The Light". This joining of Philip and House Fam are showing it´s a great match and this new single is a wholesome delight for the dance floor and the soul.

Shortly after he was approached by the dance music production team “95 North.” His very first hit single, “See the Light,” catapulted his career overnight.

He has since acquired worldwide recognition as an international recording artist and has performed all over the globe with numerous dance club singles under his belt. His upcoming releases "Lay Your Love on Me" and "Reach," by True2Life Productions, will be released in 2016.

His big vocals and charismatic stage presence have lead him into an acting career were he has recently finished a 3-month principle role in the multiple Tony award-winning musical, “Dreamgirls.”

Phillip is a classically-trained musician and former member of the “American Youth Symphony,” “Richmond Pops” and “Crystal Cathedral.”

A Playwright/Composer of a full-length musical satire (“Hooray for Hollywood”) and producer, co-writer (along with Amy Jo Martin), Principle lead and lead costume designer for the live musical tribute to Sylvester (“Dance Disco Heat”) He has been a songwriter/composer with BMI music since 1993.

Phillip is working with many renowned DJ/Producers in the music industry with several upcoming releases scheduled for 2017.