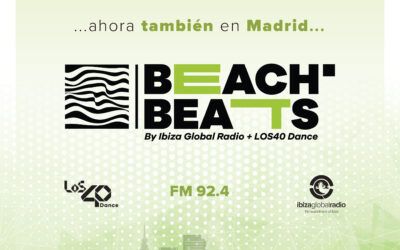 Ibiza Global Radio continues its international expansion with the announcement of an exciting new collaboration with Grupo Prisa in Madrid.

The renowned Spanish-language broadcasting conglomerate, also known as PRISA, celebrates its 50th anniversary in 2022. Its radio division is the largest Spanish-language radio group with around 22 million listeners in Spain and Latin America.

PRISA’s global brands also include Santillana, EL PAÍS, W Radio, AS Cadena Ser, LOS40, ADN Radio and the company has grown to become one of the most important educational media groups in the Spanish-speaking world thanks to its high quality content.

With a strong presence in Brazil and Portugal, and among the Hispanic community in the United States, the group reaches a global market of 700 million people. Ibiza Global Radio, the largest station on the White Isle, will partner with PRISA’s broadcast platform LOS40 (formerly known as Los 40 Principales) to bring the sound of Ibiza to Spain’s capital, and beyond!

Ibiza is a brand desired and consumed around the world and, as the most established station on the island, Ibiza Global Radio is the perfect representation of the sound of the White Isle. Meanwhile, LOS40 Dance is the leading dance radio station in Spain, which makes it the perfect partner to create a joint project.

Every week, Ibiza Global Radio’s line-up of DJs will take over the airwaves of LOS40 DANCE on 92.4 FM and one of the most powerful frequencies in Madrid, with a new prime time programme focused on the best electronic music. The weekly show will also be broadcast throughout the 10 countries where LOS40 is present in Central and South America.

Called “BEACH BEATS”, the programme will offer a direct window from Ibiza to the rest of the world via the medium of radio, with the Ibiza Global Radio team transmitting the essence of the island through the most avant-garde and emotive Organic House, Deep House, Tech House and Melodic Techno tracks as well as other styles of electronic music.

Through its digital and global platforms, LOS40 offers an average of more than 20 million hours of content per month to almost 6.5 million monthly listeners. Globally, the network has 51.7 million social media followers across the LOS40 profiles dedicated to its countries of transmission, popular shows and top hosts.

“BEACH BEATS” will offer a new FM adventure that will reinforce Ibiza Global Radio’s international expansion plan, as well as the development of electronic music events in the Spanish capital.

Daniele Luppino, CEO and General Manager of Ibiza Global Radio, stated: “Our new partnership with Grupo Prisa is a very important step in the development of the Ibiza Global Radio brand in Spain and South America. We are proud to partner with a renowned broadcaster and expand our reach on the continent.”

It is another step on the mission to increase the reach of the Ibiza Global brand, which currently offers FM in the Balearic Islands of Ibiza and Mallorca, as well as Milan, Italy and Dubai, United Arab Emirates. 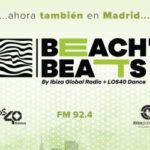