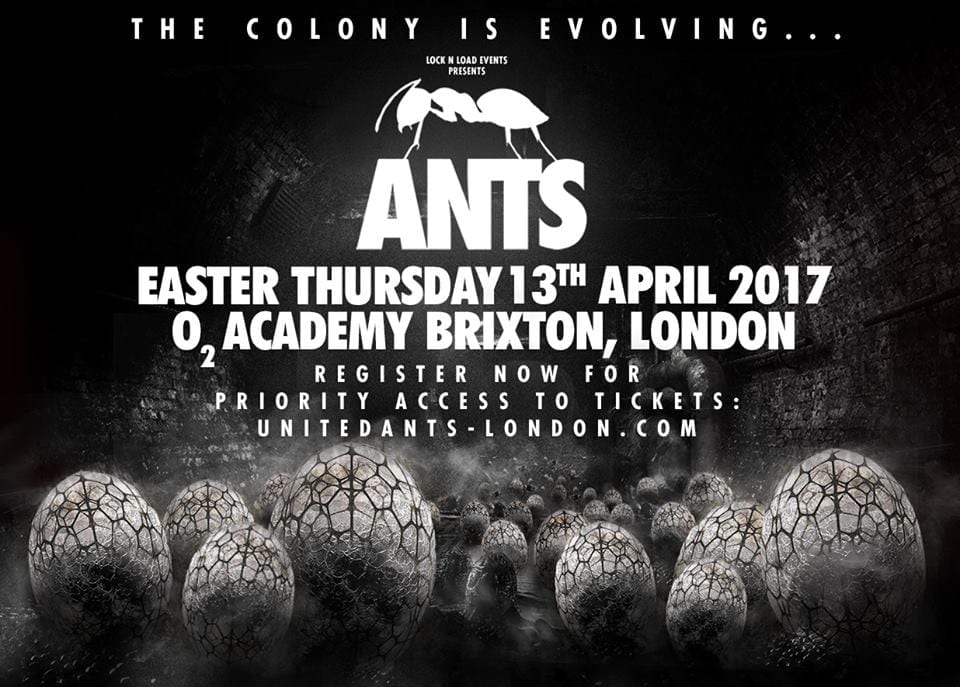 ANTS returns to the UK on Easter Thursday 13th April 2017 for a landmark event at 02 Academy Brixton, which will be its biggest show outside of Ibiza.

One of Ibiza’s most respected electronic music gatherings, ‘The Colony’, as it is known to its legions of supporters, will invade London’s 02 Academy Brixton for its second party in the capital, following its sold out show at Electric Brixton in February 2016