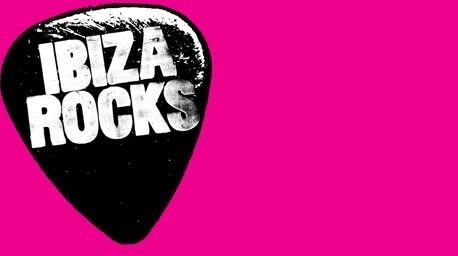 Guaranteed sun, sea, sunsets and sounds – its time to talk Rocks. Having already confirmed two of the biggest breakthrough bands of the year – HAIM and The 1975 – more in-demand festival favourites including Ed Sheeran, Bastille, Tinie Tempah, Skrillex and Bombay Bicycle Club (Ibiza Closing Party) plus critically acclaimed champions of the live scene Rudimental, John Newman and Clean Bandit have been added to the 16 week-long line up, kicking off on 03/06. Support slots come courtesy of exciting new talents Wolf Alice, Breton and Chloe Howl, with more to be announced.

The summer long season will open in style with a headline performance from HAIM, supported by hotly tipped band for 2014, Breton. The 1975 take on week 2 with support from NME’s Best New Band nominee Wolf Alice.

Newly confirmed to keep the party vibes in full flow in June is Yorkshire lad John Newman. The 3 x BRITs nominee shot into the spotlight after writing and singing on two of the biggest dance tracks to smash into the UK charts in years: Rudimental’s Feel The Love and Not Giving In. Debut #1 solo single Love Me Again is a taste of the huge, melodic hits fans can expect from John Newman’s highly anticipated debut set, supported by BBC Sound of 2014 nominee Chloe Howl.

July will see the welcome return of Tinie Tempah, back by popular demand.  With his high-octane, high energy, explosive live sets packed with huge hits Tinie Tempah knows exactly how to work the crowd. Embarking on a UK tour in March including a show at London’s O2, Tinie Tempah will have one seriously slick set to showcase back in the Balearics.  Speaking of the shows, he said: “I am happy to be back doing Rocks for the 4th time! This is always a great show, can’t wait!”

From releasing quintuple platinum debut album + in 2012, Ed Sheeran has been recognised as one of the most genuinely talented and successful singer/songwriters of recent times. Grammy Awards, Q Awards, Brits and Ivor Novellos, Ed Sheeran has clocked up them all with his all-encompassing appeal.  Huge hits fill emotionally charged sets fused with unexpected risks and surprises. From being championed by Jamie Foxx to opening Rocks in 2012, to selling out Madison Square Gardens and being hugely in demand on a global scale, Ed Sheeran knows what he loves, everyone loves what he does and he’s coming back to Mallorca and Ibiza Rocks in July to do just that.

Ed Sheeran said: “I played at the Mallorca and Ibiza Rocks opening parties 2 years ago and had a lot of fun. Looking forward to getting back out there in the sun and playing some of the new songs this summer!”

Brits British Single winners Rudimental and British Breakthrough winners Bastille pulled off an epic mash up of their huge hits Waiting All Night and Pompeii at this year’s Brit Awards and both acts are Balearic bound.   Rocks championed Rudimental long before they hit the big time and booked their debut Ibiza show in 2012 at the Ibiza Rocks Hotel where they stayed, partied and played, big time! It will be a proud moment to have these boys back, bigger than ever, for what will undoubtedly be one of the seminal moments of the summer, from one of the best live acts on the planet right now.

Rudimental said: “We can’t wait to head back to Ibiza Rocks this summer. It’s one of our favourite venues in the world and our show in 2012 was too much fun. Don’t miss this one people, Ibiza here we come!!”

Since debuting at Rocks last year, Bastille went on to be the biggest selling new British act of 2013, with platinum-selling debut album Bad Blood topping the charts and infectious single Pompeii becoming the second most streamed song of the year (just behind Daft Punk’s Get Lucky). After smashing it stateside then being nominated for 4 x Brit Awards back on home turf, Bastille have officially been crowned British Breakthrough of the year.

Bastille’s Dan Smith said: “We can’t wait to play Ibiza and Mallorca Rocks again. The gigs were both loads of fun last summer so we’re really happy to have been asked back this year.”

It will be from stateside to poolside when 6 x Grammy award winner Skrillex takes to the open-air stage at the Mallorca Rocks Hotel for an exclusive headline set in August. This electronic imagineer comes with way more than an killer set – there’s shimmering LED walls, 3D lights shows, pyrotechnics and a relentless thirst to create a live experience of ever-increasing drama and spectacle.  This show takes the music landscape in Mallorca to a whole new level – a first for Mallorca, a  ‘must see’ ONLY at Mallorca Rocks and a massive statement to what Rocks brings to the resort.

Clean Bandit made their Rocks debut supporting Ellie Goulding last year and then kicked off the very first Ibiza Rocks the Snow event in Meribel In December.  They’ve since scored a UK #1 single with Rather Be, selling over half a million copies in the UK alone and staying at the #1 spot for 4 weeks running. Now one of the UK’s finest new bands move from the piste to the poolside to make their headline debut at the Rocks Hotels in August.

The Ibiza Rocks closing party will be headlined by a classic Rocks band, Bombay Bicycle Club.  The London four piece supported Biffy Clyro at Ibiza Rocks in 2010 and returned as worthy headliners in their own right the following year. Back with UK #1 album So Long See You Tomorrow, Bombay Bicycle Club will create the climax to what will be a phenomenal summer of live gigs under the Balearic stars.

Shane Murray, Promoter said: “It’s a really strong line up this year so far, we’re genuinely excited. Bands like Haim, The 1975 and Bombay Bicycle Club represent the heart of what we do so opening and closing weeks will as ever be special. Since last headlining, Ed Sheeran has emerged as an international superstar so it’s a real coup that he’s chosen Rocks as one of only a handful of shows this summer. We’ve been trying to get Skrillex for a long time so that’s going to be a huge Mallorca show, as will the Bastille gigs after last year’s debut sell outs. We always work hard to recognise genuine talent early on and we’re proud to be bringing back Rudimental, John Newman and Clean Bandit as headliners and bringing new acts like Wolf Alice and Chloe Howl for debut slots.  With loads more still to be announced, it’s safe to say we’re in for another amazing summer under the Balearic stars. ”

Ibiza Rocks is also pleased to announce that MTV will be the exclusive broadcast partner for the second year running. The network will broadcast a number of live performances, exclusive artist interviews and all the highlights from the 16 weeklong series from the Ibiza Rocks and Mallorca Rocks Hotels this summer. Seven shows will be broadcast in total on MTV Live HD and the network’s flagship channel MTV Music including 5 x 30’ shows from Ibiza Rocks and a 1 x 30’ show from Mallorca Rocks as well as a 1 x 60’ (multi-artist) compilation show incorporating live track selection and exclusive interviews. As with last year, London based production company, JJ Stereo, will produce all content.

Virginia Monaghan, VP, Music Commissioning & Content, MTV Networks UK commented: “We are enormously excited to be partnering once again with Ibiza Rocks to bring millions of MTV viewers closer to the action. Ibiza and Mallorca Rocks is one of the most exciting series of events within the live music calendar and, with this year’s sensational line-up, our shows will be packed with unmissable live performances and exclusive interviews, all in stunning HD.“