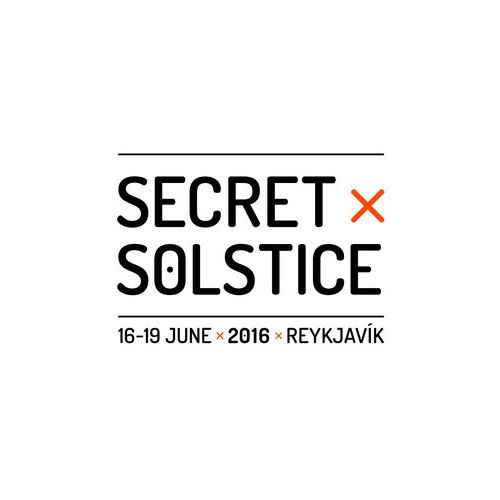 Set at a time when the sun never fully sets in the world’s most northerly capital city, Reykjavík’s midnight sun Secret Solstice music festival has boosted their lineup for the fourth time with 41 additional names including Die Antwoord, Art Department, St Germain, General Levy, and more  from Iceland and abroad.

As well as adding on to their existing list of headliners for 2016 including Radiohead, Deftones, Of Monsters And Men, Jamie Jones, and many more, Secret Solstice also announced an additional day to the festival, with gates now set to open on Thursday, June 16th, running through Sunday, June 19th. There will be no additional cost to attend the additonal day on Thursday, with all event passes now being valid for four days, instead of the previous three.

Secret Solstice received massive global attention last year for hosting the world’s first and only party inside a glacier, within 10,000 year-old ice of Langjökull, the second-largest glacier in Europe. Although their 2016 glacier parties sold out quickly, they’ve just added an additional date on June 17th with 100 tickets available, as well as having several other incredibly unique side events on offer.

Package deals to Iceland for Secret Solstice start at only 77,900kr (approx. £429/$599/€551) including flights and a festival pass from Gaman Travel, with almost twenty cities in the United States, Canada, and Europe covered. Alternatively, Festicket have accommodation and ticket packages starting at 36,000kr (approx. £200/$279/€257), with options including camping, hostels, and a range of hotels.

With travel to Iceland having never been easier due to the increase of airlines flying to the tiny north Atlantic nation, Secret Solstice still advises to book as early as possible. Due to the event being held over Iceland’s biggest weekend for tourism over the year, travel and accommodation can become scarce and expensive closer to the event.

Here are the fourth phase lineup additions for Secret Solstice 2016:

Secret Solstice 3 Day Passes, VIP, Camping and special side event tickets are on sale now at secretsolstice.is, while supplies last!