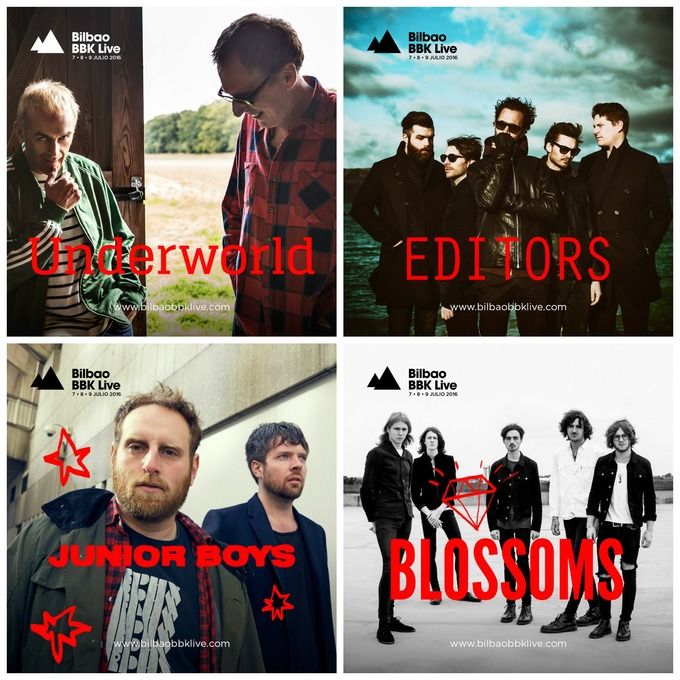 With a career spanning four decades at the top of their game, Underworld need no introduction. The duo of Karl Hyde and Rick Smith have, over nine studio albums, consistently pushed the boundaries of electronic music. With their eagerly anticipated forthcoming LP ‘Barbara Barbara, We Face a Shining Future’ about to drop later this month, it’s about time Underworld made their Bilbao BBK Live debut!

Since their inception in 2002, Editors have remained one of the UK’s most vital talents. Returning last year with their new LP ‘In Dream’, their dark and brooding, yet uplifting and anthemic, brand of post-punk has lost none of its charm. Their incredible live show is not to be missed.

Canadian electro-pop duo Junior Boys return with forthcoming new album ‘Big Black Coat’ is long overdue. Having formed in 1999, the band have received critical acclaim and remain one of the brightest lights in electronic music. With laidback and effortlessly cool tracks including ‘Parallel Lines’ and ‘In The Morning’ they are certain to captivate the crowd's attention.

Having started the year on the prestigious BBC Sound Of 2016 new music list, Stockport’s Blossoms are a band undoubtedly on the rise. Their recently released EP ‘At Most A Kiss’ is a promising glimpse of what is to come for this multi-layered indie five piece.

With some of the most exciting and highly regarded artists worldwide set to take to the stage for Bilbao BBK Live, 2016 is set to be its biggest and best year to date! Situated high upon the stunning Kobetamendi Hill and boasting breathtaking views across the city and beautiful, golden, sandy beaches Bilbao BBK Live offers the perfect holiday-festival fusion. Tickets, priced at £93.00 + bf are available now at www.bilbaobbklive.com.