Amba Shepherd - If I Could 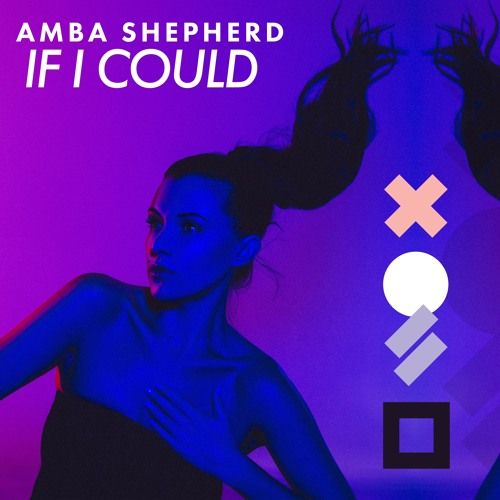 Amba Shepherd - If I Could

If the week has you feeling in need of an easygoing escape, let Amba Shepherd whisk you away with her new single "If I Could." The electronic music scene's reigning songstress shines on the new track, emphasizing her signature serene and velvety voice amid downtempo indie-tronic background melodies. The combination creates a sonic aesthetic that is both wistful and dream-worthy, with poignant lyrics that speak of words left unsaid. "The song is about the thoughts we can't quite put into words, and the prison we build for ourselves when we don't," says Amba. "If I Could" follows Amba's earlier hit "Wide Awake & Dreaming," for which she earned a nod from Entertainment Weekly as a top emerging artist. The singer/songwriter continues to make magnificent strides in developing her own sound with each independent release of unique, captivating music that a true representation of Amba herself.

Amba Shepherd established herself as electronic music's most renowned singer after wildly successful collaborations with some of the industry's most legendary names, such as Paul Oakenfold, Hardwell, Tiesto, and Laidback Luke. Her vocal's have graced the stage of the largest festivals around the globe, from EDC to Tomorrowland. As Amba continues to showcase her incredible talent autonomously, it seems as though nothing can hold her back. Amba has made strides in business lately as well; recently appointed Offical Artist Representative for Steinberg Music (the company behind Cubase D.A.W.), an Official Ambassador for Australia's APRA/AMCOS, and the formation of her own imprint, Superrlativ, upon which she has released her last two singles, "Prelude" and "Wide Awake & Dreaming."