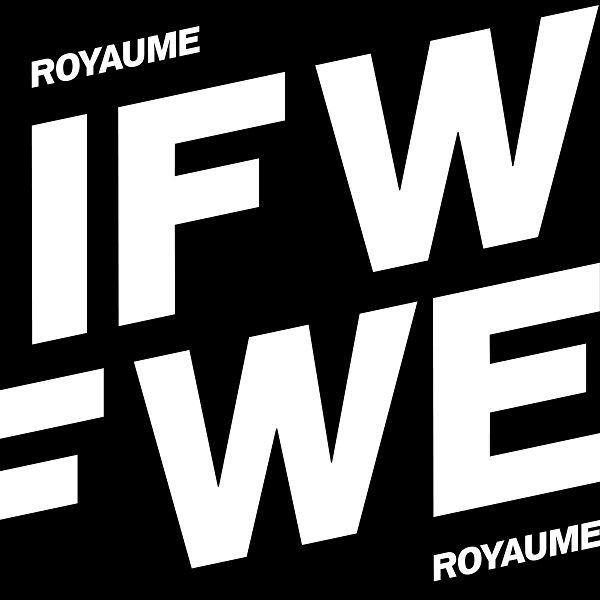 Dormant but by no means inactive, Paris-based duo Royaume return 8 months after dropping their critically acclaimed single ‘Miho Beach’, with an anthemic dream pop hit ‘If We’ via Le Label (Pias).

Singer Yumi Aoki showcases her unique, powerful voice – a voice which has had the blogosphere raving and developed Royaume a cult following. Producer-instrumentalist Moon Boy (Frederic Saurin) adds his signature digital expertise creating a deeply textured, synth-heavy soundscape above which Yumi’s vocals glide. With uplifting and upbeat percussion, rising ambient synths and carefully applied vocal filters, ‘If We’ exudes positivity, love and acceptance for all.

Feminism, equality and empowerment are themes which resonate with Royaume. Yumi explains how, “it’s important to build a strong self-confidence, especially for women. A strong voice that speaks to your values can ensure awareness and manifest change. Intersectionality, diversity and inclusivity are the future.”

Hailing from Paris, Royaume was birthed when singer Yumi Aoki and producer-instrumentalist Moon Boy met at an after party. Discovering shared musical tastes and aspirations, a powerful bond was formed. Crafting a unique sound, at times reminiscent of Lana Del Ray, Banks and The XX, the pair has amassed over 500,000 online streams, as well as highly coveted praise from Indie Shuffle, Stereofox, Pause Musicale and All Things Go.

Royaume have achieved recognition as one of the hottest talents to emerge from Paris’s burgeoning underground scene. Definitely one to keep an eye on, as they steadily build towards the release of their debut EP.