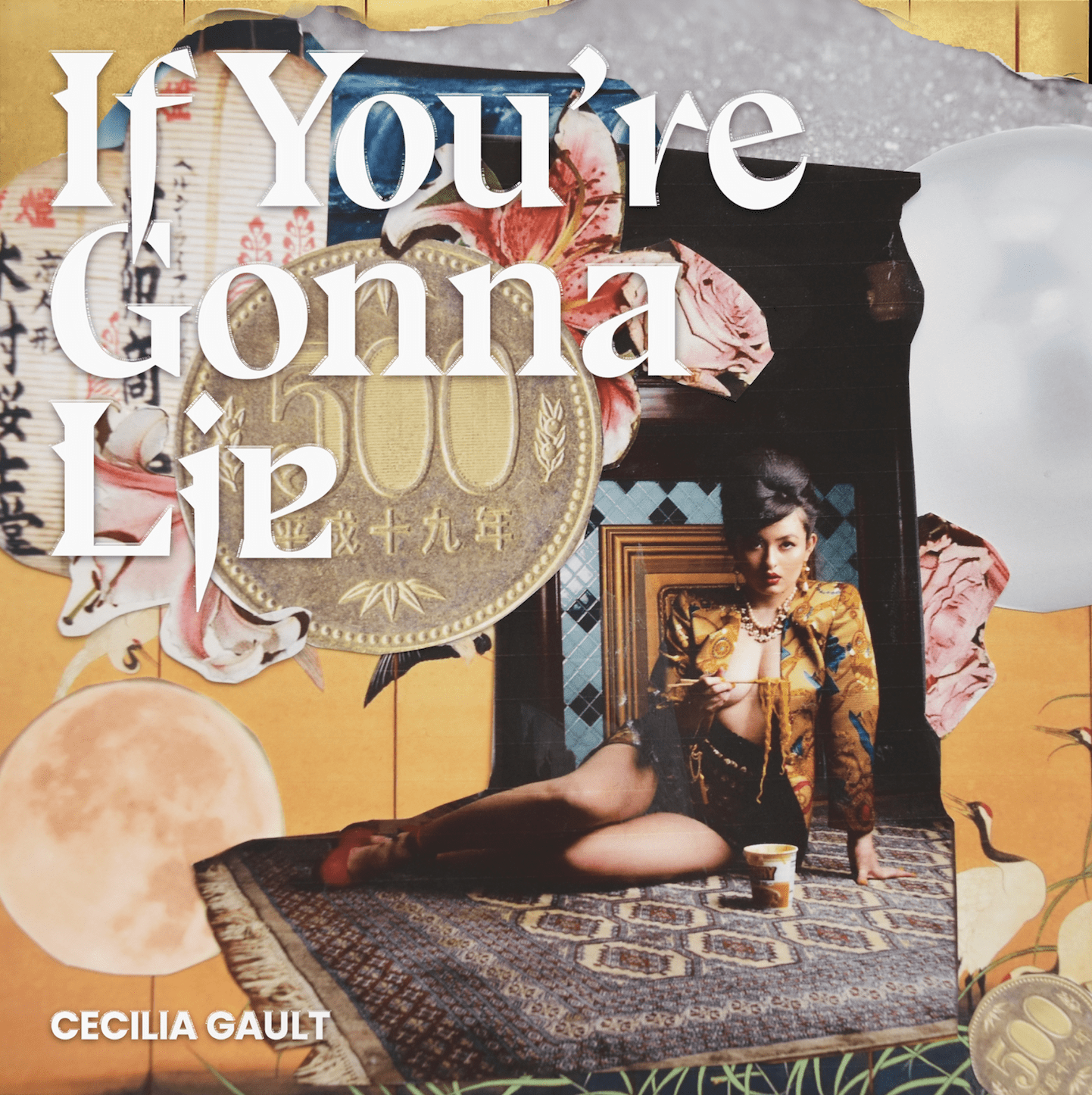 Cecilia Gault is the voice of her city. As one of the most promising acts in the independent music scene, Gault is today a creative force waiting to be discovered by the world. For the past few years, Gault has crafted her inimitable sound and style as a young singer-songwriter. She pulls from multiple cultural cues to tailor her unique approach to music: A native New Yorker, Gault was shaped by the city’s vast diversity and inspired by her own bicultural upbringing, a curious mixture of Irish and Japanese descent. She was exposed to diverse cultural traditions from a young age, and this openness to life would go on to inform her musical tastes as well as her own artistic output. It’s a hodgepodge of creativity and inspiration truly living in love and harmony that perfectly comes to life on “If You’re Gonna Lie,” her debut, independently released single out this spring on her own Chi Chi Sounds imprint.

“If You’re Gonna Lie” sees Gault boldly stepping into the spotlight like never before. The song is as boundless as it is beautiful, effortlessly veering into many genres with ease and style: a framework of future-leaning R&B, chunky synths, electronic melodies and pop-flavored rhythms, all driven by Gault’s powerfully mesmerizing vocal performance. A bombshell of emotions, “If You’re Gonna Lie” is a love song rooted in deceit and pain, told through the lens of a young, innocent woman navigating through life. “I wanted to express the process of getting hurt through my song without any hesitation or fear in my words,” says Gault. “Growing up in NYC, you learn to deal with reality, and that’s something I remember to express in all areas of my life and music.”

Gault is fully immersed in the NYC songwriting and performing artist community. Currently a student at the lauded Clive Davis Institute of Recorded Music at NYU, she has performed across multiple intimate venues across the city. It was her performance alongside NYC icon Patti Smith at City Winery in 2011, however, that has left a lasting impact on Gault as a solo artist. Elsewhere, Gault co-wrote and provided vocals on the 2017 rhythmic dance record “So California” by Cleavage for international imprint Spinnin’ Records. She has also co-written songs for electronic producers Audien and TheFatRat. Gault's sound with The FatRat, "Mayday" has already clocked in over 2.5 million streams since its release in March 2018.

With her music, Cecilia Gault brings depth and character via her unique voice, personal life perspective, musical sophistication and profound multi-instrumental skills. “My big interest is creative freedom and communication through art,” she says. “To create is the base of human communication. Music and songwriting is my way of weaving together pieces of my life to create a story.” She now opens the next chapter of her life story with “If You’re Gonna Lie.”