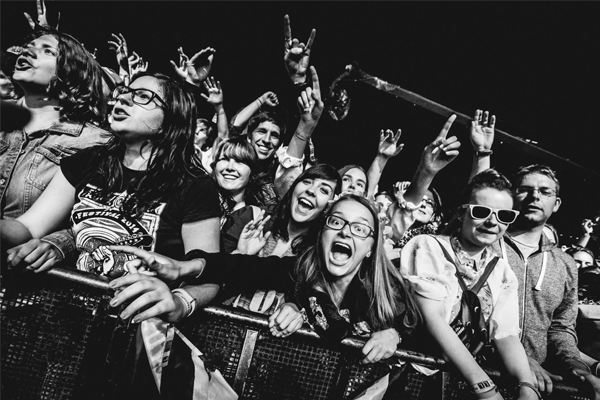 No stranger to crazy stage antics and eccentric performances, Iggy Pop is set to deliver his signature blend of rock, jazz, punk and blues to the very heart of Positivus Festival. Having started his musical journey back in the 60’s, the American singer-songwriter, musician and actor is showing no signs of slowing down. With his latest and seventeenth album ‘Post Pop Depression’ (produced by Queens of the Stone Age frontman Josh Homme) set to be released on March 18th, the relentless showman and stage-diver will unleash a refreshing dose of summer punk madness to the utopian coastal dreamland of Salacgrīva. Iggy Pop will headline Positivus Festival on Sunday, July 17, 2016.

The Grammy-nominated French electronica heavyweights M83 are well known for their lush mix of both contemporary pop and dreamy 1980s sounds. Making a name for themselves in Hollywood, the LA based musicians have gone from cult heroes to composing soundtracks for huge movies including ‘Oblivion’ and ‘The Divergent Series’. With their seventh studio album ‘Junk’ to be released on April 8th, M83 will provide the perfect backdrop for this summer’s fantasy festival experience. M83 will headline Positivus Festival on Saturday, July 16, 2016.

Festival organiser Ģirts Majors says he’s “confident that this year’s artists will deliver plenty of surprises and excitement, with visitors having to make effort to catch all the fleetingly dazzling festival highlights.”

The festival takes place in an atmospheric, baltic coastal setting amid stunning woodland offering festival goers one of the most idyllic escapes around. Positivus truly has something for everyone. Arts and culture events including movie shows, performances, theatre plays, and even a designated children’s recreational area for some of the youngest festival guests to enjoy stand aside the stunning programme of music. Whether you’re soaking up the rays on the beach, rambling through the lit-up forest or taking in the atmosphere in a hammock beneath the trees, Positivus Festival promises to be the perfect festival getaway.