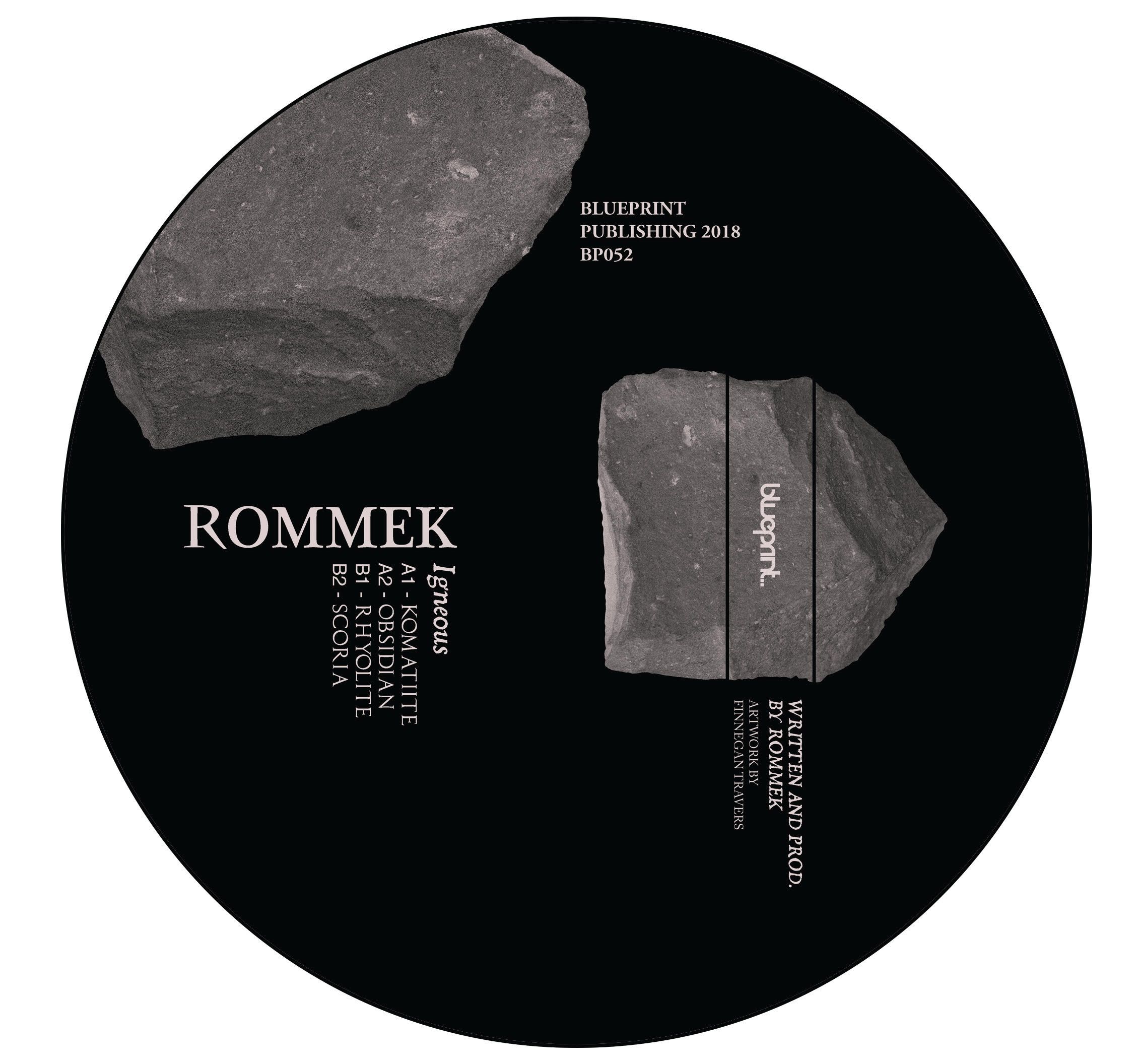 Rommek returns to James Ruskin’s Blueprint this summer with the first part of his ‘Set In Stone Trilogy’.

The London based producer Rommek has been carving his way into the current techno scene, with an extensive interest in sound design, crafted within dense and dark atmospheres, heavy textured drums and dynamic tones.  He released his debut EP on Weekend Circuit in 2014.  Since then, various releases on Leyla, Dyad and Sontag Morgen have proven his wide appeal through a combination of the energetic, gritty UK sound combined with moody and deeper aspects.  In 2016 he joined the seminal Blueprint, releasing his ‘Moth Hole’ EP and contributing to the label’s 20th anniversary compilation.  Gaining a wide range of noteworthy support, he became established within the Blueprint family and released his second solo EP, ‘Arcane’ the following year, which experimented with new sound pallets and continued to push his creativity.

Continuing to work alongside the label, Rommek has now completed his most established work to date, the ‘Set In Stone Trilogy’.  The three-part release comprises two EPs of original productions that incorporate ambient electronics, broken rhythms and tightly controlled distortion.  The third release will consist of remixes from key members of the Blueprint team: James Ruskin, OVR, Broken English Club and Makaton.

Each release represents one of the fundamental rock classifications and the track titles are those found within each class.  As Rommek states: “Rocks are usually categorised according to their texture, mineral or chemical content.  I think this metaphorically relates to how we create music and even classify genres.  The natural world inspires me all the time, whether it’s small patterns / textures found in formation and erosion, or a vast landscape.  I also find it interesting how nature interacts with the man-made world.  This trilogy explores that.”

Part 1 of his ‘Set in Stone Trilogy’ is ‘Igneous’.  Igneous rocks are formed by magma from the molten interior of the Earth.  When magma erupts it crystallises and solidifies to form volcanic landforms.  Rommek immediately sets the tone with an ambience of dark, atmospherics that build intensely leaving you with a feeling of anticipation.  He then delivers 3 tracks of rhythmic techno from the driving 4/4 of ‘Obsidian’, to the gripping 3/4 of ‘Rhyolite’, finishing with the disjointed spatial beats of ‘Scoria’.  His IDM sound design is constantly evolving, with menacing undertones.

Rommek 'Igneous – Set In Stone Trilogy' is out now on Blueprint.  The second part, 'Sedimentary' will be released on 13 July, and part three will follow later in the year.