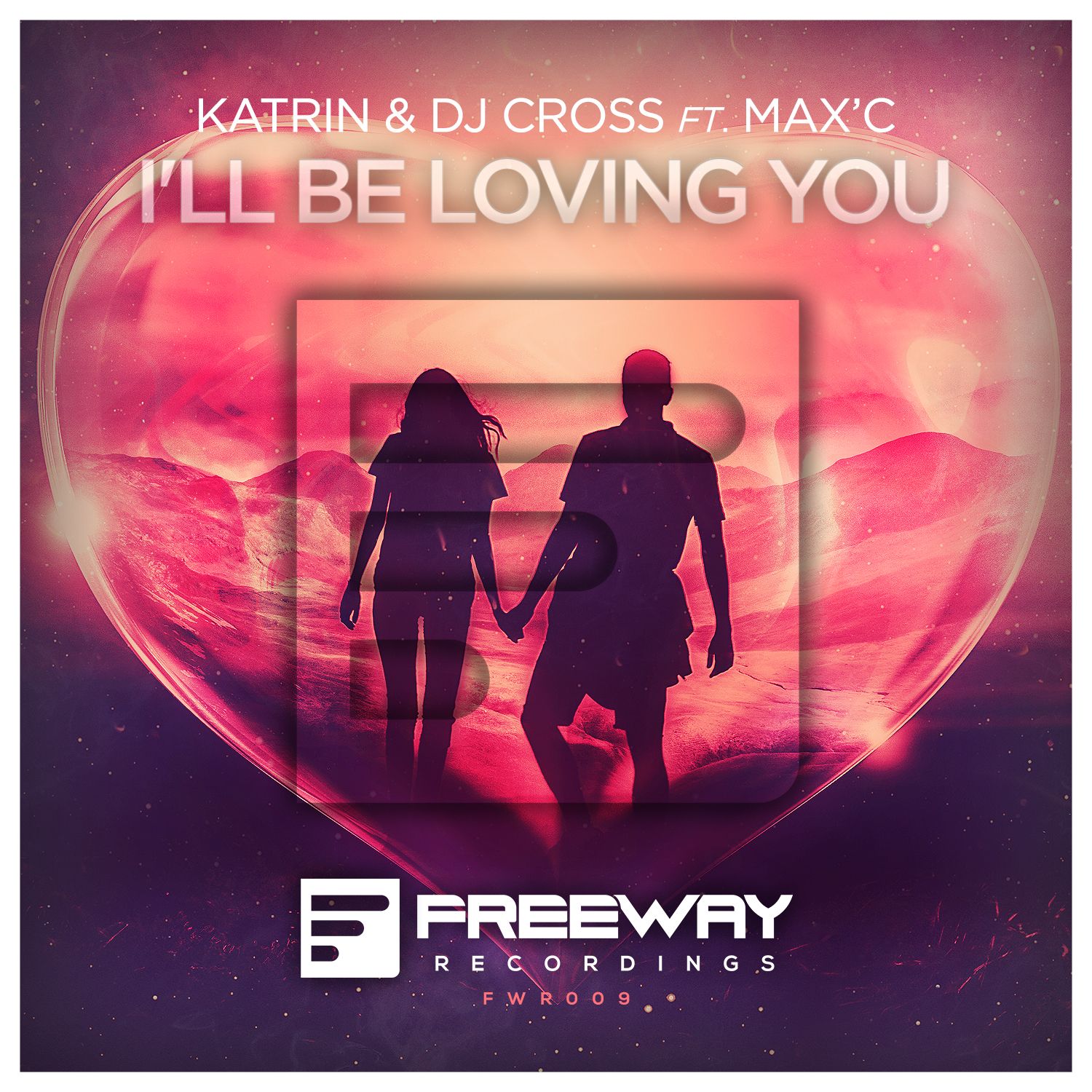 On preparations for the international celebration of love, Freeway Recordings decided to release this anthem previous to Valentine's Day.

Katrin & DJ Cross made a wonderful song featuring Max'C, the creator of the classic hit: Axwell – 'I Found You'. A Soulful House feel, fused with uplifting melodies that bring us a very positive and heartwarming message.

Martin Garrix premiered the track in his radio show. Lots of other big names did the samen in their show, so was I’ll Be Loving You included in the shows of Tiësto, Ummet Ozcan, Quintino, Yves V, Tom Swoon, Delayers and many more.

Russian producer and DJ Cross entered the charts before end 2015 together with the lovely Katrin, Dj and producer from Ukraine. The track called “A World Above” [Pyro Records] featuring C. Todd Nielsen made it to #25 in the Beatport Progressive House top 100.

DJ Hardwell included this track in his collection “Hardwell On Air – Best Of September” after he played “A World Above” in his radio show.

Katrin’s DJ’s-career started in 2010. The tour schedule comprised lots of activities, including vibrant festivals in different parts of the world from Europe to Asia. In 2010 she won the MTC DJ PARADE in the category “Best DJ of 2010”.

One of the best DJ's in Donetsk (Ukraine), DJ Cross started his career in 1997 and has had this status confirmed many times since then, by winning the nomination "Donetsk's BEST DJ" in 2000, 2001 and 2006 (according to MEDOFF NIGHTLIFE AWARDS). Has toured all over Ukraine and is currently residing in Rostov-on-Don (Russia). He turned into the author and host of "MFM PARTY MIX" dance radio show on MFM-Station since 2003, one of the top FM stations in Ukraine.

A new stage in his career began after Cross moved to Russia. His collaboration with Max Creative entitled "Don't Leave Me Now" (KAFFEIN Remix) (though not included in the release), became the "Best House Track of 2010" on topdj.ua and was released on Luxury Trax (France).

In 2011, a new release with Happy Paul "Behind The Sun" came out. This pack included remixes by European artists (Angel Manuel, Dominic Dosara). Besides Cross had remixed the track of Niko De Luka "I Am A Survivor". This version got into many European compilations (Ibiza Review, Ministry Of Electro House, People From Ibiza'01, etc.) Then the label Suka Records / Luxury Trax proposed cooperation. Since then DJ Cross has done his own remixes of "B. Vivant – House Music", "Rio Dela Duna – Live!", "Damien J. Carter feat. Michael Feiner – When Love's Calling You", "Damien J. Carter, Michael Maze & Matt Devereaux – Dare", as well as a remix of the work of Russian artists DJ Shmel, Eugene Noiz & Arrival Project – "Meduza 2011".

Max’C is born in Louisville, Kentucky, this multi-talented entertainer has crossed boundaries that artists only dream of. From Billboard hits, to topping the charts in over 12 European countries, Max'C is definitely the man to keep an eye on. Singer/songwriter, performer, dancer, choreographer, and even actor. His father was an enthusiast of blues and jazz, while his mother and siblings are Gospel singers. Max'C says, I grew up in a home surrounded by music, all types of music. With his roots in gospel he found himself at a young age singing in school plays, choirs, and early into his teens with friends on the street corners. However, his biggest break came when he teamed up with James Black and Kari Kaivola to form the group 3rd Nation. Their debut album "One Nation" was recorded with Mega Mania Records and did well in Finland landing them an international record deal with SweMix Records out of Sweden. Hit producer Stonebridge, most well known for the hit song "Show Me Love" with Robin S., produced 3rd Nations second album.

In 1999, Max'C decided that he wanted to focus his efforts on a solo career teaming up with Jaakko Salovaara a.k.a. JS16. Jaakko, executive producer of Max'C's, solo album "Passin Tyme", launched in 2004. The singles "Caroline" and "Time to Get it On" have both received great attention and airplay making Max'C a favored performer in the Finnish and European market. Max'C has also dropped his talents to a number of artists on a variety of tracks. Topping the charts in over 12 countries, Max'C is credited with writing and performing the hook, for the Finnish hit band Bomfunk MC's "Live Your Life"(The Bomfunk MC's are known for the hit song "FreeStyler"). He toured with the group to promote the song and later featured for artists such as Mighty 44, Blacknuss, and the Dallas Superstars.

Last years, Max’C career has grown further and further. With popular releases like “Let It Rain” (Together with Nari&Milani and Christian Marchi), “Not All About The Money" (With Timata & Timbaland) and “Last Man on Earth” a collaboration with Mike Candys, Max’C continues to build an impressive discography.