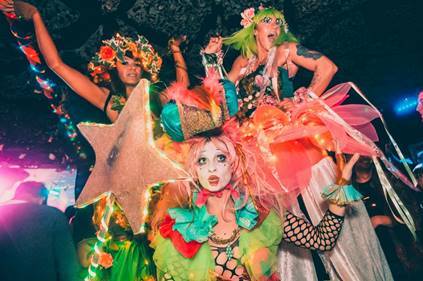 Due to extreme demand, the visually stunning club night Foreverland will now host two nights at Newcastle’s leading venue, Digital. After selling out its colourful show on Friday 15th February, Forveverland will stay on to host a second ‘house special’ instalment on Saturday 16th February where the chart-topping trio Disciples will top the bill. Digital will be transformed into an enchanted forest with thematic production, outrageous characters and quality house music that together create a unique night of immersive raving. There’s nothing else quite like it. Tickets are now on sale from £11.50 + booking fee from www.theforeverland.com.

Foreverland is one mini-festival environment. Since conception in 2015, it’s grown so much in popularity that its hosted stages at Bestival and El Dorado Festival, and the last tour alone attracted 24,000 clubbers across 18 cities.

Its latest theme the ‘Enchanted Forest Rave’ pushes the envelope even for a brand known for its wild taste in production. A custom-built stage-set resembling a crumbling, abandoned temple, laden with foliage is the focal point at each venue where plants and flowers will hang from the ceiling as walkabout characters and mythical beast puppeteers roam the dancefloor. L.E.D and pyrotechnic displays, inflatable creatures and dry ice and confetti cannons transport crowds into another world, and if that’s not enough, face and body painting experts will be on hand to create psychedelic designs throughout the night.

The London deep house outfit Disciples will make their Foreverland debut at the newly announced date at Digital in Newcastle. They’re best known for a string of UK chart hits including ‘How Deep Is Your Love’ with Calvin Harris that saw them receive two Brit nominations including Best Single, ‘Daylight’ which found its way into Pete Tong’s Essential New Tune playlist, and for ‘On My Mind’ that featured as Radio 1’s ‘Hottest Record In The World’. Some heavy accolades that this production crew turn into a floor-filling DJ set.

No Foreverland party would be complete without its resident DJs, Bassic and Bitr8. They are the un-sung heroes of the dancefloor with credibility in their own rights, who get the crowds ripe for the headline set and beyond. At this newly added date, they’ll each be playing a four-to-the-floor house set.

The Enchanted Forest Rave 17-date tour is almost complete having staged sell out events from London to Leeds and Birmingham to Bournemouth. Tickets remain for only two dates, the O2 Ritz Manchester on 26th February with the king of mashups Jaguar Skills, and for the newly announced Newcastle show on 16th February with Disciples. Early purchase is advised. For a full list of dates and lineups, visit Foreverland on Facebook at www.facebook.com/theforeverland.