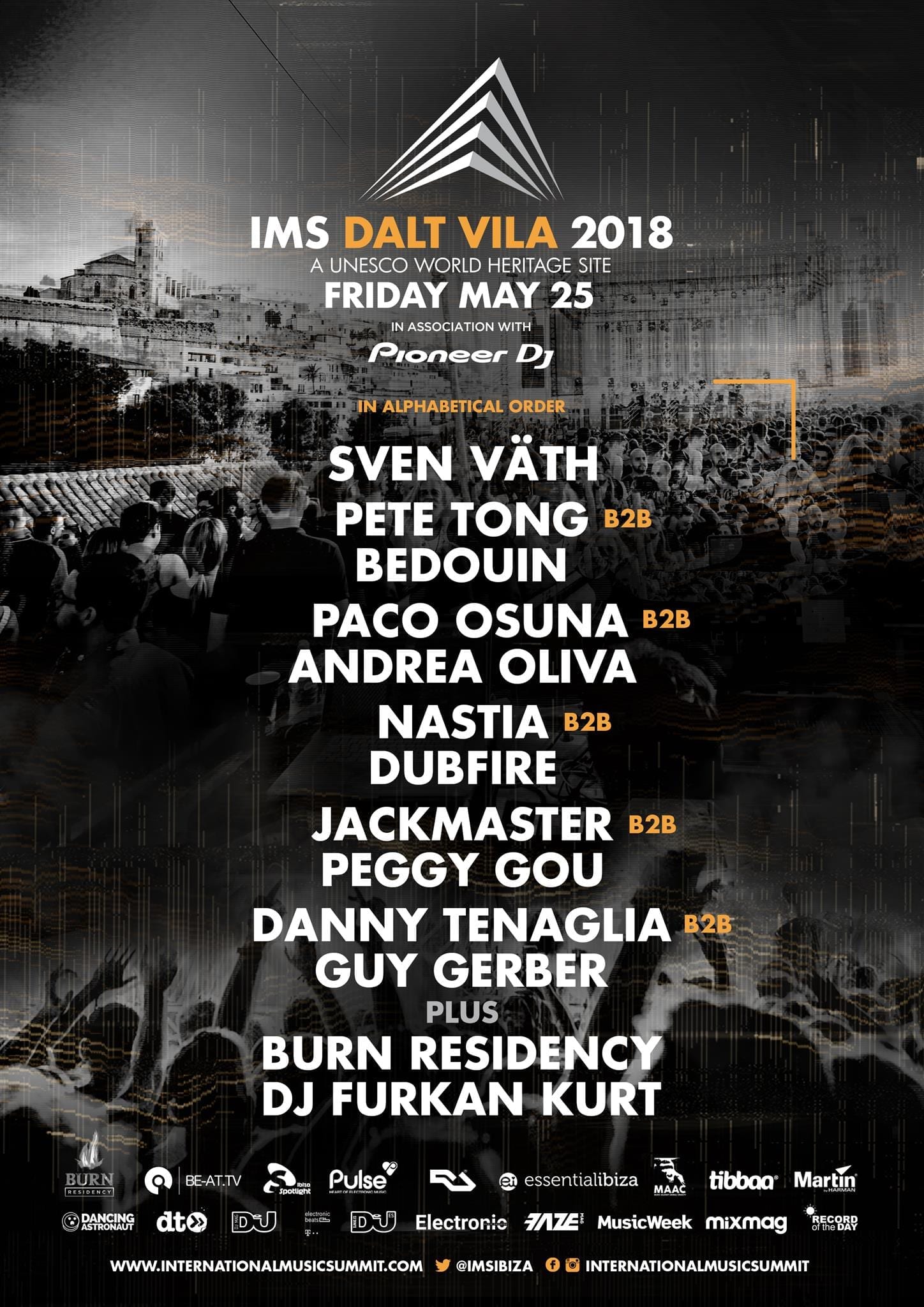 IMS Dalt Vila 2018 will witness legendary and iconic artists sharing the controls with an exciting selection of the most compelling and innovative artists emerging from the electronic music scene today; many of whom will be appearing as unique back-to-back pairings for the first time, taking a line-up that was already a contender for the best in IMS Dalt Vila history to an even higher level.

Headlining is Sven Väth, an artist that needs no introduction; the German strictly vinyl only DJ and dance music pioneer with a career spanning more than 30 years returns for his third IMS Dalt Vila appearance. Also on the impressive list is Brooklyn-based, Middle East influenced production and DJ duo Bedouin, who will share the booth with dance music royalty and IMS co-founder Pete Tong.

Also announced representing Spain is Paco Osuna back-to-back with Swiss Andrea Oliva, both seasoned Ibizan artists with long and rich histories on the island’s dancefloors; adding further strength to the pairings is American-Iranian DJ Dubfire, one of the world’s leading figures in techno who joins Nastia, the break out Ukrainian artist who is rapidly rising through the international ranks with her fearless and authentic approach.

Other outstanding sets will come from the energetic pairing of Scotland’s Jackmaster and Korean artist Peggy Gou, ensuring the pace continues to be maintained will be seminal New York DJ Danny Tenaglia, an artist who has the white isle at the heart of his extensive and illustrious career, performing back-to-back with esteemed Israeli DJ Guy Gerber.

This spectacular line up celebrates the closing of the summit and the opening of the summer season in one of the most extraordinary locations in the world.

IMS Co-founder Ben Turner states “Last year’s back-to-back marathon made for a unique atmosphere on the stage with seven DJs together at one point. IMS is all about the industry collaborating so we’ve decided to extend this positive approach to the line-up of IMS Dalt Vila again. There are some classic pairings, some we’ve seen before, others for the very time such as Danny Tenaglia and Guy Gerber.”

Tickets are available now for €50 from www.internationalmusicsummit.com