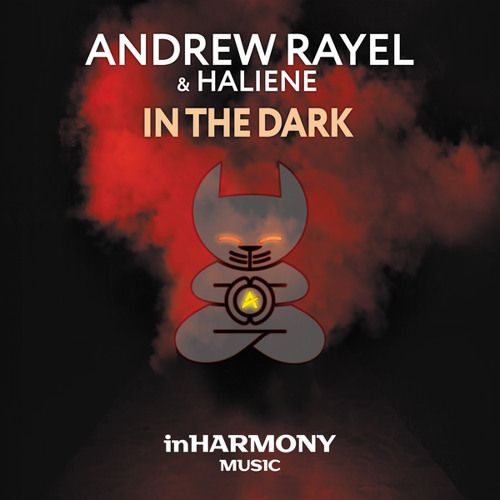 Magical. Powerful. Elevating. Though darkness may be in the song title, as a performer and music creator, Andrew Rayel spreads only happiness and light in the hearts of music-lovers. With tears of gratitude streaming down their young faces, Rayel’s fans express their appreciation, with outstretched arms, for music that’s changed their lives. Such exchanges happen everywhere electronic dance music fans abound. The unabashed love from Rayel’s fans is there for everyone to see. Andrew Rayel & HALIENE’s “In The Dark” (inHarmony Music) is out now.

Teaming-up electronic dance music’s songstress-of-the-day, Haliene, Andrew Rayel delivers his latest whopper of a big-room hit with “In The Dark.” The Radio Edit of this dramatic song starts with a pressurized 4/4-beat underlying HALIENE’s lusty voice. She sings in a slightly lower register than other female trance vocalists and the change is refreshing. When Haliene joined Andrew Rayel onstage at Academy Nightclub in Los Angeles to perform the song live, the two lit the night on fire. The song has the perfect balance of stirring, euphoric melody and strong pop construction to ensure its longevity. The soaring chorus has a purely mainstage feel ideal for any sunny day.

The Original Mix has a longer intro as horns make their way forward to Rayel’s monstrous drums. This version is better suited for the club with its more progressive sound. A swelling bassline anchors unbelievably pretty moments as Rayel expertly crafts his grand melodies to reach all the way to the back of the room. Fans closest to the stage extend their bodies towards Rayel, wanting nothing more than to touch their musical messiah.

After exploding onto the scene in 2015 with her first collaboration with Seven Lions, "The End," Haliene has quickly become a notable singer in the electronic dance music world. Other releases include “Stars and Moon” with Breathe Carolina & Shanahan, “Rush Over Me” with Seven Lions and Illenium and Said The Sky, and the ASOT 2017 ‘tune of the year,’ “Saving Light” with Gareth Emery & Standerwick. Twenty-seventeen saw five releases from Haliene with Ferry Corsten on his Billboard Top 10-chartingBlueprint album, and her single, “Pages” with ATB.