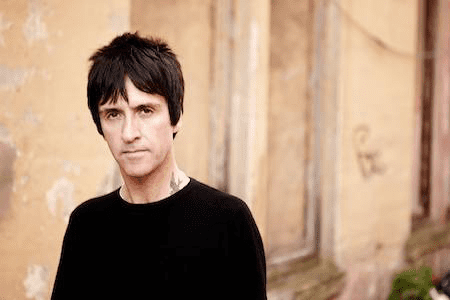 by ihouseuadmin
0 comments
Inner City Live: Birmingham has announced two more legends of indie music, Johnny Marr and The Coral will be performing on the line up in support of Doves, at a one-off gig at Perry Park on Sunday 28th July. Doves return for a handful of key dates this summer after a 9-year hiatus, with the Perry Park event – one of Birmingham’s best green spaces and home for the 2022 Commonwealth Games – the only chance to catch them playing in the West Midlands. The addition to the line up of Johnny Marr, the founding member of The Smiths, and Liverpool hit-makers, The Coral, ensures live music fans will enjoy a fantastic all-day event (1pm – 9pm), with an unmissable festival vibe. Alongside these three huge acts, fans can enjoy the tastiest street food, cocktail bars, funfair ride and more. Inner City Live: Birmingham is a rare opportunity to experience incredible live music from some of the UK’s best loved bands at the city’s most talked about live music day festival. Tickets are on sale now from just £37.50 + b/f from www.innercitylive.co.uk/birmingham
Inner City Live can be trusted to put on a memorable event with previous artists featured in the series including the likes of The Stranglers, The Flaming Lips, Primal Scream, Happy Mondays, The Levellers, Orbital and more. Now Inner City Live have delivered something special once again.
In 1982, while searching for a vocalist for his new band in Manchester, Johnny Marr went to meet Steven Morrissey. They formed The Smiths and went on to change the face of indie music. Their album ‘The Queen Is Dead’ was number one in Spin Magazine’s “The Greatest Albums Ever Made” while NME dubbed The Smiths “the most important rock band of all time”. Johnny Marr’s guitar skills are unparalleled and after he left The Smiths in 1987, he featured on tracks for Pet Shop Boys, Talking Heads, Bryan Ferry, Black Grape, Oasis and more. He took over lead vocals and set up Johnny Marr and the Healers in 2000, but also hit #1 in the US albums chart as part of Modest Mouse and joined The Cribs from 2008 to 2011. The word ‘legend’ is often overused, but in the case of Johnny Marr, the cap fits. West Midlands’ music fans should jump at the chance to catch him live.
The Coral were heralded as the vanguard of the ‘guitar group revival’ of the early noughties and their debut album ‘The Coral’ hit the top 5 of the UK albums chart and was nominated for a Mercury Music prize. From there they never looked back with their second album ‘Magic and Medicine’ hitting #1 followed by ‘The Invisible Invasion’ reaching #3. So far, The Coral have released 8 albums and continue to tour the world with their distinctive sound, mixing psychedelia, Merseybeat, folk, country and modern indie rock. Inner City Live guests are in for a treat when The Coral hit the stage.
Inner City Live: Birmingham takes place from 1pm to 9pm and there’s no better way to spend a Sunday, than enjoying live music from three iconic acts, brimming with quality songs and overflowing with talent, together with the best of local street food, bars and cocktails, in the beautifully green surroundings of Perry Park. Inner City Live brings a festival atmosphere to the doorstep of Birmingham for an unforgettable celebration of live music.
For all the latest news, tickets and updates, visit www.innercitylive.co.uk/birmingham.
EVENT INFO:
Inner City Live: Birmingham presents Doves
Support from:
Johnny Marr
The Coral
Sunday 28th July
Perry Park, Birmingham
1pm – 9pm
This is a 14+ event with no camping
Under 18’s must be accompanied with an adult at all times
Tickets available at www.innercitylive.co.uk/birmingham