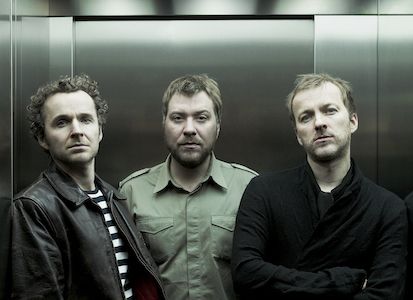 by ihouseuadmin
0 comments
The renowned series of live events returns to Birmingham and presents Doves at Perry Park, playing their only gig in the West Midlands after a 9-year hiatus.
Doves will be performing a one-off gig at Perry Park on Sunday 28th July for Inner City Live: Birmingham. The legendary Manchester band return for a handful of key dates this summer after a 9-year hiatus, with the Perry Park event – one of Birmingham’s best green spaces and home for the 2022 Commonwealth Games – the only chance to catch them playing in the West Midlands. Inner City Live can be trusted to put on a memorable event with previous artists featured in the series including the likes of The Stranglers, The Flaming Lips, Primal Scream, Happy Mondays, The Levellers, Orbital and more. With a huge support bill to be announced, Inner City Live: Birmingham is set to be one of the city’s most talked about live music day festivals (1pm – 9pm), as Doves make their return to the stage. Tickets start from just  £37.50 + b/f and go on pre-sale Friday 19th April at 10am, then on general sale Tuesday 23rd April at 10am, from www.innercitylive.co.uk/birmingham
After meeting at The Hacienda in 1989, twins Jez and Andy Williams, and Jimi Goodwin formed Sub Sub, enjoying crossover chart success in 1993 with the dance classic ‘Ain’t No Love (Ain’t No Use)’. After their studio caught fire in 1996 it was the catalyst for a complete change in direction, leading to the launch of Doves in 1998. The threesome never looked back, with the debut album ‘Lost Souls’ receiving a Mercury Music nomination. Their first single, the classic ‘There Goes The Fear’ charted at no.3 in the UK national chart, despite being deleted after only one day. The Doves rise continued with albums The Last Broadcast and Some Cities both hitting no.1 in the UK albums chart.
By this point, Doves were established as one of the UK’s most popular bands, opening in 2005 for U2 in London, Oasis in Manchester and Coldplay in Bolton. The band’s final studio album ‘Kingdom Of Rust’ was released in April 2009 and hit no.2 in the chart, shortly after which they decided to take a break; a hiatus which has stretched for nearly a decade, making the opportunity to catch Doves at Inner City Live: Birmingham even more special.
Inner City Live: Birmingham takes place from 1pm to 9pm and will bring together live music, entertainment and the best of local street food, in the beautifully green surroundings of Perry Park, to create a festival atmosphere and an unforgettable celebration of one of the best bands Britain has ever produced.
For all the latest news, tickets and updates, visit www.innercitylive.co.uk/birmingham.
EVENT INFO:
Inner City Live: Birmingham presents Doves
Sunday 28th July
Perry Park, Birmingham
1pm – 9pm
This is a 14+ event with no camping
Under 18’s must be accompanied with an adult at all times
Pre-sale tickets are available at 10am on Friday 19th April.
General sale tickets are available from 10am on Tuesday 23rd April
Pre-sale available at www.innercitylive.co.uk/birmingham
Tickets start from £37.50 + booking fee
LINKS:
www.innercitylive.co.uk/birmingham
www.facebook.com/innercitylive/
www.dovesofficial.com
www.facebook.com/Doves/
www.vmslive.org/
www.weirdscience.uk