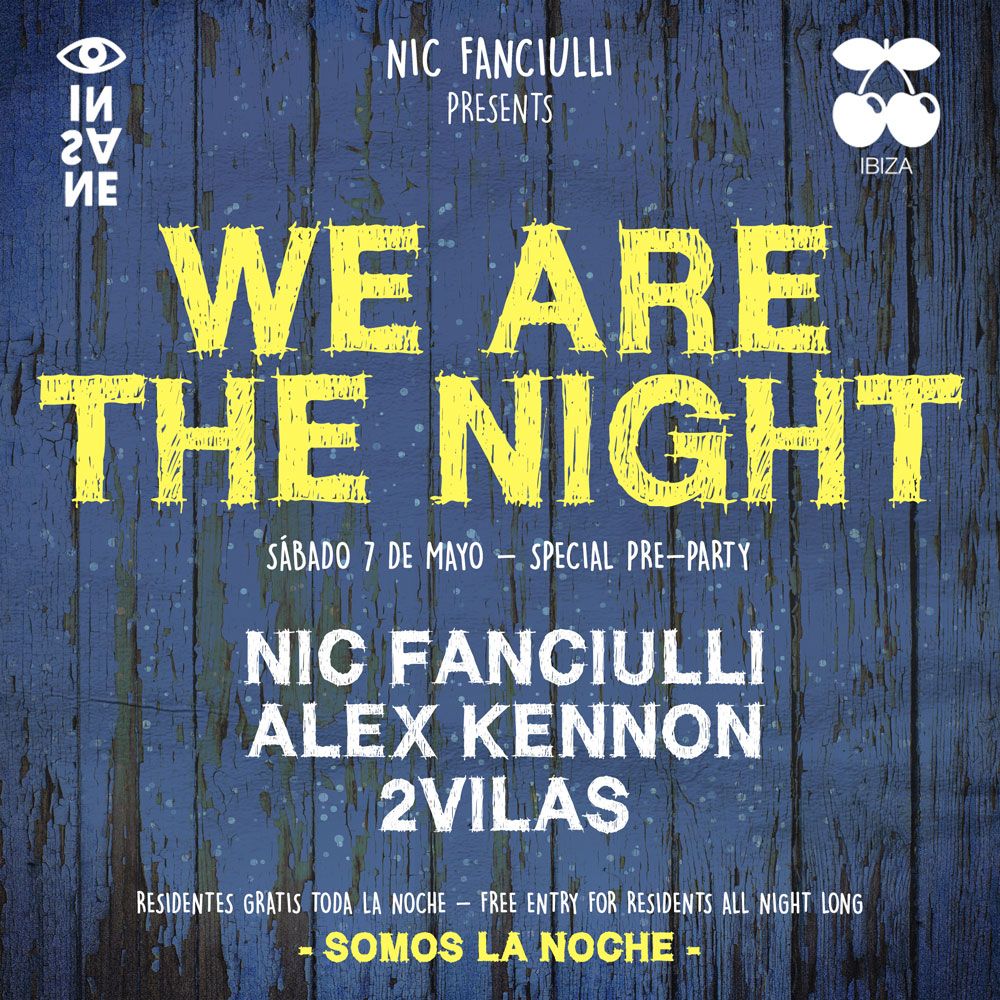 With the Ibiza season growing extremely close, Nic Fanciulli stars a special pre-party for due to his forthcoming monthly residency at Pacha. Free for local residents, the pre-party offers a glimpse into the exciting world of We Are The Night, which opens fully on June 3rd, and continues through July, August and September, before closing it’s doors on October 7th.

With full details to be revealed in the coming weeks – as well as news of Nic’s long-awaited debut artist album and 2016’s instalment of his weekend festival, The Social – ‘We Are The Night' marks a bold new chapter in his relationship with Ibiza, following two hugely successful 'La Familia’ residencies in 2014 and 2015.

Be sure to catch Nic Fanciulli at Pacha Ibiza for what are sure to be 6 unmissable Insane Fridays with 'We Are The Night'. See below dates: