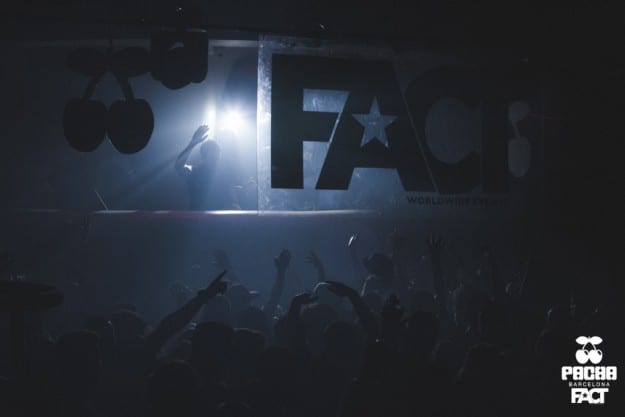 Pacha Barcelona unveils full line up for Insane Sundays during May collaboration with FACT and Contrast agencies at Barcelona's infamous cherries' club base. Each date will count with renowned international artists . Producer Ilario Alicante, supported by Juan Zolbarán and Herr, will kick off May's Sundays with Argentinian label Unique Community takeover a prelude of three rough Techno shaped dates starring Berghain / Ostgut Ton affiliates Ryan Elliott and Tobias, on May 15th, CLR label boss Chris Liebing will be holding it down while the following Sunday will see the first date for Lebanese club Überhaus at Insane with Fur Coat topping the bill and concluding another intense month of the second 2016 quarter.

With early signs of summer already hitting the city, Insane Sundays on June will see both  Tripmastaz and veteran Kenny Glasgow (5th and 12th respectively) pass through the hallowed DJ booth, both dates will serve as a taster for what will be Pacha Barcelona's Off Week closing event on June 19th with Nic Fanciulli surrounded by artists like Anja Schneider, D’Julz and Butch for what has become his yearly ritual and an event that seems to be fast becoming a  tradition. Rounding off this run of stella dates is British affiliated of the Drumcode label Nicole Moudaber who will take control of the room as the final FACT Showcase in June.