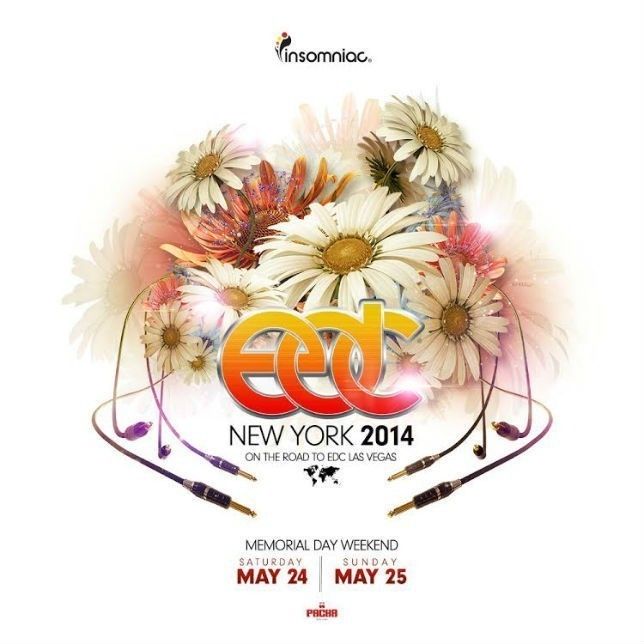 Tickets on sale Wednesday, December 11 at 9 a.m. EST at www.electricdaisycarnival.com

Los Angeles – Today, Insomniac announced that Electric Daisy Carnival (EDC), New York will return to the Tri-State area for two days during Memorial Day weekend, Saturday May 24 and Sunday May 25, 2014. This is the festival’s third year in the New York area, and the second time that the event will be held at MetLife Stadium – home to two New York NFL teams. Insomniac will once again partner with RPM Worldwide, the team behind Pacha New York, as the local partner for the festival. Tickets will go on sale Wednesday, December 11 at 9 a.m. EST.

The weekend festival will be a transformative celebration of music and art, featuring multiple stages, full-scale carnival rides and attractions, dozens of roaming theatrical performers, and a pyrotechnic display rivaling the 4th of July. As always, Insomniac will seek to raise the bar for large-scale live events, revealing production elements and large-scale installation artwork specifically tailored for the New York edition of the world’s largest touring dance music cultural event – EDC.

“MetLife Stadium and the surrounding grounds offer a massive blank canvas that allows us to take our production to an entirely new level in New York,” said Insomniac Founder and CEO, Pasquale Rotella, “Our goal is to create something that’s more than just a music festival – we want to transform MetLife Stadium into a piece of living art. As part of that effort, our giant, 40-foot-tall animatronic Owl, which debuted during EDC Las Vegas 2013, will make its first ever appearance on the East Coast. Over the coming months there will be even more surprises to share.”

The festival’s close proximity to ample, reliable transportation, along with a wide array of hotel accommodations, allows fans easy and comfortable access to and from the show. EDC New York also gives fans the opportunity to travel to a part of the country that includes some of the most popular and historic destinations in the world, including the Empire State Building and the Statue of Liberty.

Two-day tickets for the festival will go on sale Wednesday, December 11 at 9 a.m. EST. General admission ticket prices will begin at $199 with VIP for those 21 and over starting at $299 before service fees. Second tier general admission tickets will be priced at $225 and VIP at $359. The third and final tier of general admission tickets will be available for $239 with VIP at $399. VIP amenities will include a separate entrance to the festival for rapid entry, VIP decks overlooking the stages, VIP lounge areas, private restroom facilities, full cash bars at stage view VIP decks and VIP lounges and a souvenir laminate and lanyard. For more information and to stay up to date with the latest Insomniac news, visit www.electricdaisycarnival.com and www.insomniac.com.