ULTRA SOUTH AFRICA ANNOUNCES PHASE 2 OF LINE UP FOR 2014! 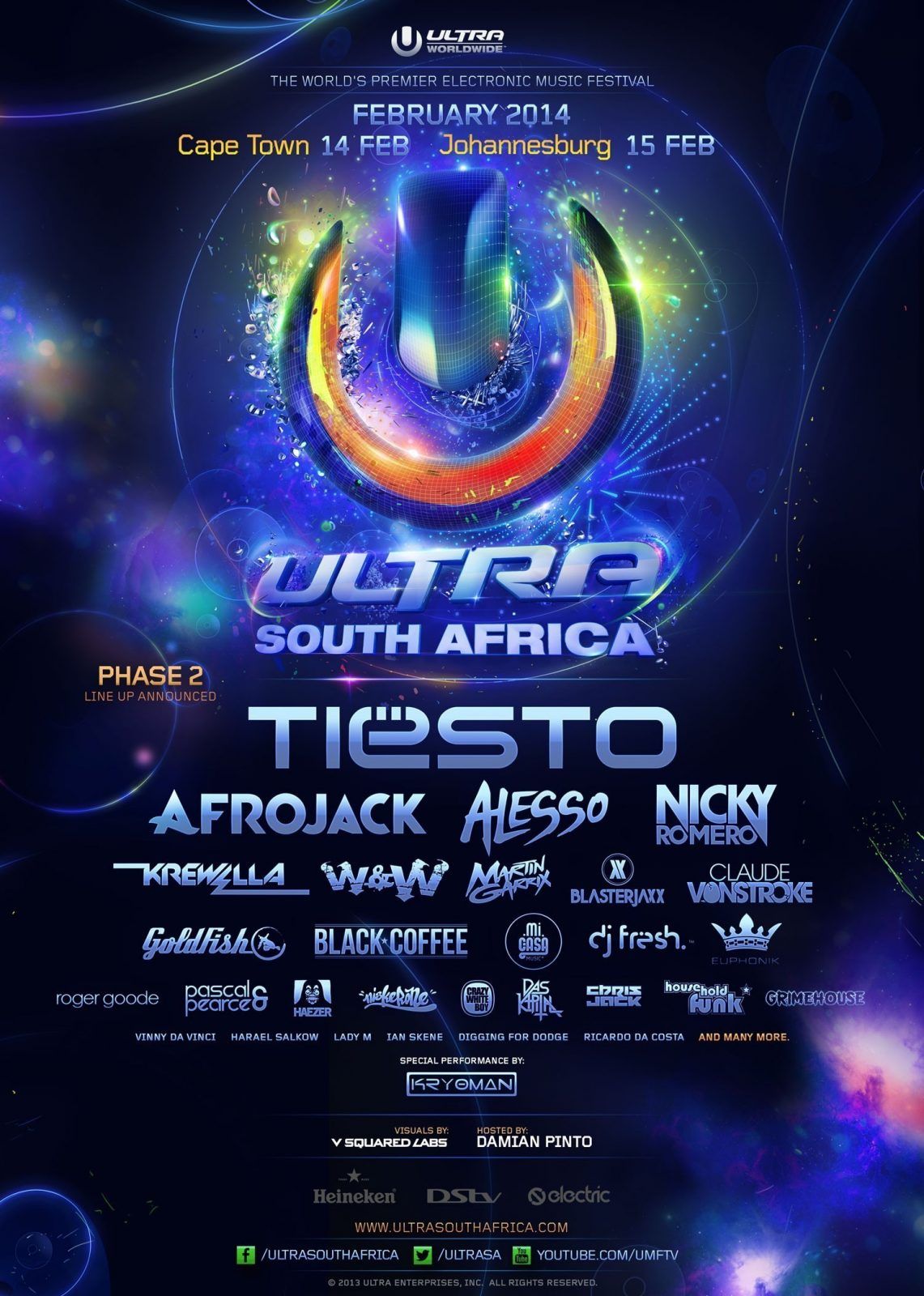 ULTRA SOUTH AFRICA ANNOUNCES PHASE 2 OF LINE UP FOR 2014!

With the inaugural Ultra South Africa only a few months away, festival organisers have announced Phase 2 of the line up that’s set to amaze the multitudes of revelers flocking to Cape Town and Johannesburg on the 14th and 15th February 2014 to experience the world’s premier electronic music festival. With the likes of Tiësto, Alesso and Nicky Romero among those already confirmed to perform, as well as homegrown heroes such as Goldfish and Black Coffee, even more international and local stars have now been revealed as well.

As ever, Ultra has handpicked a collection of the finest DJs from across the globe to join the stellar billing for the festival’s first South Africa edition. Double Grammy award-winner and global megastar Afrojack, 17-year-old prodigy Martin Garrix who has taken the world by storm in 2013 with his smash hit ‘Animals,’ and powerhouse duo Blasterjaxx will all be flying the flag for the Netherlands and infusing Cape Town Ostrich Farm and Nasrec Showgrounds with their unmistakable Dutch House sound. What’s more, Dirtybird Records kingpin and San Francisco native Claude Vonstroke will be taking to the stage to deliver the freshest sounds from the underground scene.

As well as these, Ultra favourites ‘The Voice’ and Kryoman are going to be on hand to keep the energy at full tilt at all times, having become integral parts of the festival through the years with their inimitable and amazing exploits.

Aside from all the acts coming from overseas, the Rainbow Nation is also offering up its own wave of the very hottest South African talent.  Roger Goode, Pascal & Pearce, Haezer, Niskerone, Crazy White Boy, Das Kapital, Chris Jack, Household Funk and Grimehouse are just some of the many more artists that will be showing their skills in front of their home crowd.

Tickets for the first ever Ultra South Africa are available from www.computicket.com