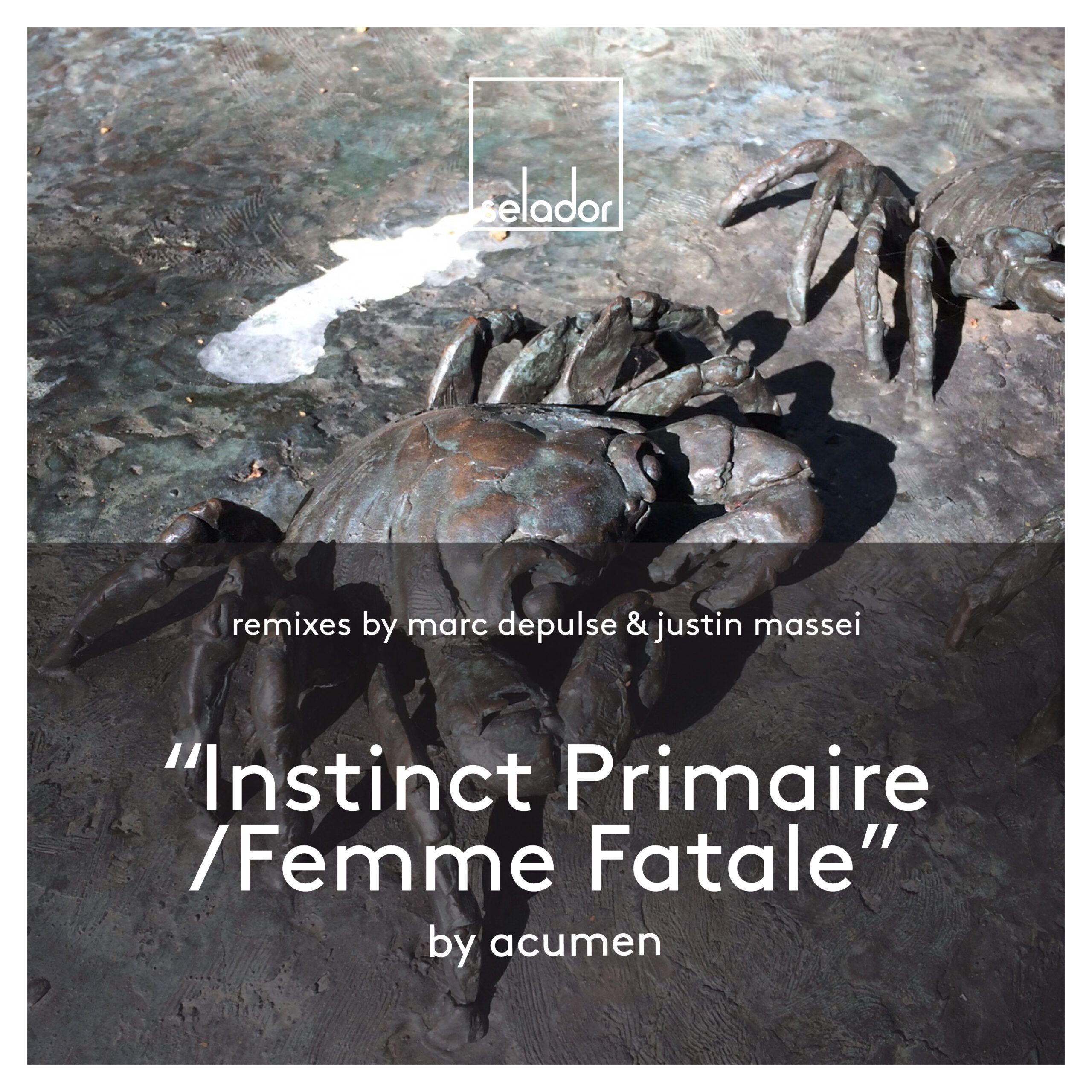 After collaborating last year on the well received 'Ines' track, Selador boss Dave Seaman & French producer Antoine Garcin, Aka Acumen, struck up a bond through mutual admiration for each other's work. Now that has connection takes its next logical step as the Frenchman makes his debut on Selador with two huge productions.

Both 'Instinct Primaire' & 'Femme Fatale' have been go-to weapons of choice for those luckily recipients of an advanced promo and now label favourites Marc DePulse & Justin Massei come bearing their own takes that offer both tougher and deeper alternatives respectively.