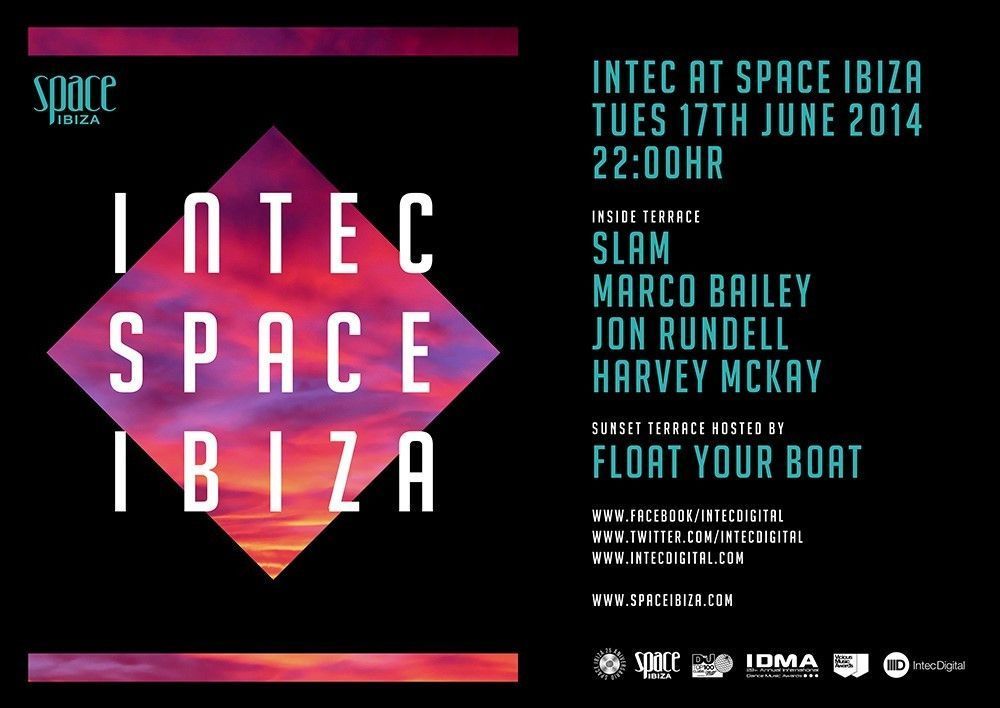 On the 17th June, Intec will be returning to Ibiza’s legendary Space for one night only, following their hugely successful debut at the club last summer, watch highlights HERE.

Jon Rundell: “After last years party at Space we decided it would be good to do it all over again. This time we bring techno legends Slam, infamous with their contribution to the scene with their regular events in Glasgow and their Soma label. We bring Marco Bailey back after destroying the terrace last year with his unique techno energy, and we invite man of the moment Harvey McKay to join us after his top5 debut release with us ‘Something Good.’

The message is loud and clear. Intec is here to bring you quality artists in quality clubs, making sure you have a great experience to take away with you and remember for a long time.”

Intec at Space is just the latest in what’s proving to be a busy year for the seminal techno label. They’ve already had releases this year from the likes of Carlo Lio, Nicole Moudaber, Harvey McKay, Mathew Jay, Project AKC, The Junkies, Ferhat Albayrak and Jon and Carl themselves. They also returned for a sell out London show, headlined by Carl Cox and Jon at Fabric. Watch highlights HERE – such a success there’s already talks of a return later in the year. They’re also lining up more club nights, next up with Intec at Lehmann Club, Stuttgart, Germany on August 23 with more to be announced.

The Intec club series was born early 2013, to mark the return of the Pure Intec compilation series to the label. They kicked off with a sold-out show at XOYO, before continuing their assault across Europe with a huge night at Fabrik in Madrid. This was followed by their aforementioned debut at Space, Ibiza, with sets last summer from Intec’s Ben Sims, Marco Bailey and Pirupa.

Following Ibiza, Intec hit the only remaining street Techno party in the world– Switzerland’s Zurich Street Parade. This time joining forces with the mighty Dubfire and his record label SCI+TEC, they took over the city’s District 4 club, with Jon and Dubfire heading their respective labels.  Furthermore, Intec ended 2013 with a bang by touching down at the almighty Gashouder in Amsterdam for Awakenings ADE. The night was packed full to capacity and showcased sets from some of Intec’s artists such as Marco Bailey, Nicole Moudaber, Dosem and Tomy DeClerque plus the two labels bosses. Check out the after movie here.

Stay tuned for more for more club nights to be announced.