NERO - Into The Night Remix EP 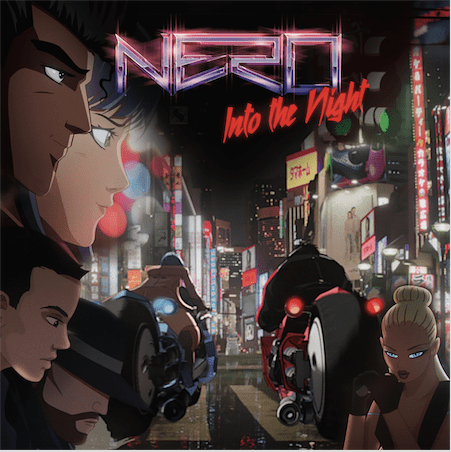 NERO - Into The Night Remix EP

Following the official video release of ‘Into The Night’, NERO have unveiled a seven-track remix package to compliment the single, taken from new album ‘Between II Worlds’.

Featuring new mixes from Friend Within, Leon Reverse, Amtrac, Dawn Wall & MANT, as well as an exclusive NERO ‘88 remix, ‘Into The Night’ is transformed, with each rework tapping into the buzz surrounding the single itself.

Kicking things off is NERO’s very own ’88 remix which taps into glossy 80’s electronica, while MANT flip their mix towards house and techno, giving the track an altogether different dimension.

Friend Within delivers a typically bass-heavy cut moulded for the club, whilst Newcomers Dawn Wall inject the track with steely, zapping energy, layering it with signature drum & bass sounds.  Amtrac then strips back the vocals in his cut, driving the track with a pulsating bassline , transforming it into a dark underground club creeper.  Continuing to take the record to new depths is ATTLAS as he taps into the instrumental, focusing solely on the electronic elements throughout, before signing things off with Leon Reverse who leads the track through a series of piano chords and thumping baselines into his rework.

'Into the Night’ Remixes – Tracklist:

NERO are the London born trio made up of Dan Stephens, Joe Ray & vocalist Alana Watson. Having formed in 2004, they first started out on their production journey dedicated to a niche of music lovers, and their debut album release in 2011, ‘Welcome Reality’ went on the reach the #1 spot in the UK album charts. The band recently embarked on a four date UK tour showcasing material from the new album, culminating in a performance at London’s 02 Academy Brixton.

For more information on NERO, see below: