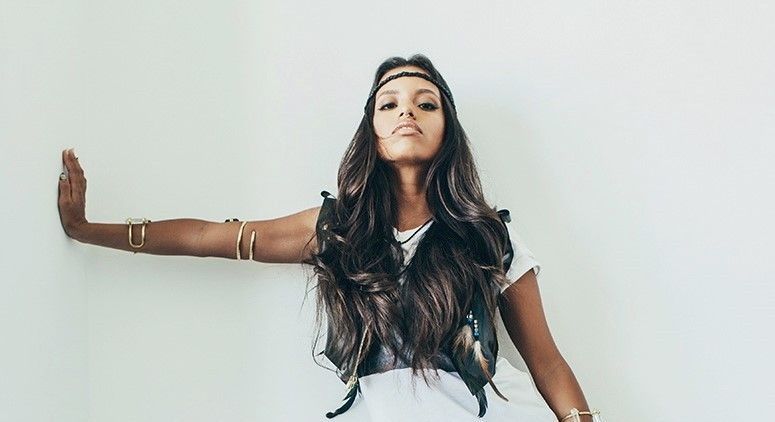 With the support and tutelage of industry icons like Roger Sanchez, Junior Sanchez, Todd Terry and Claptone, hotly-tipped talent Lupe Fuentes is carving out a solid reputation in house music as both an in-demand selector and a producer of rhythmically charged house music.

Now based in Los Angeles, Fuentes caught the house music bug years ago when she moved with her family from Colombia to Madrid, exploring the club’s burgeoning dance music scene as a wide-eyed teenager. Drawing on the blend of house music styles she grew up on and combining it with some of her cultural heritage, she has created a musical identity for herself that focuses on grooves and dancefloor prowess above all else – combining tribal, tech, Latin and more. Citing the likes of Erick Morillo, Adam Beyer and Marco Carola as influences, it’s clear she’s well versed in the way of quality 4/4 dance music.

Her debut production ‘So High’, a brooding tribal roller, found an impressive home on Junior Sanchez’s Brobot Records, while the low slung rhythmic funk and driving bass of follow-up ‘Don’t Hold Back’ on Spanish imprint Undercool Productions hit Traxsource’s Tech House Chart Top 5. A cheeky bootleg of Oliver $ and Jimi Jules’ ‘Pushing On’ has also made ears prick up throughout the industry – a heads-down rework that adds a touch of darkness to the powerful diva vocal.

Numerous highly regarded websites and blogs have all featured her as a ‘one to watch’, while her packed DJing schedule has taken her from Exchange LA to Pacha NYC. A busy release schedule sees her release on InHouse (the jazzy keys, thick bass and classic vox cut-ups of ‘Drop The Beat’ – July 21), Nervous (the seductive, sax-fuelled, bongo-heavy Latin stomp of ‘WEPA feat. Bobo of Cypress Hill’ – July 22) and Brobot (the stripped back tech house and plump acidic bassline of ‘Feel It’ – Oct 21), with another clutch of tracks finished and currently finding worthy homes.

With her burgeoning skills and dedication to her craft, Lupe Fuentes is set to prove to the world that house music is her true love and that she is truly dedicated to making it her be all and end all. Women making waves in house music are still in short stock compared to their male counterparts, and Fuentes is one of a new generation make sure that things don’t stay that way for long.