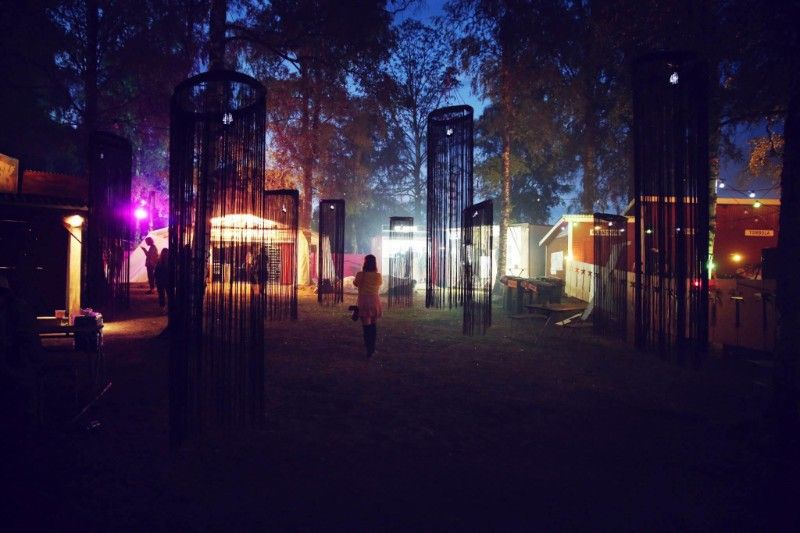 It is a pleasure to introduce you to Gagnef; a well-established boutique festival, which has been growing strong since 2001, but has remained far from the mainstream eyes for long enough that it has been able to develop its uniqueness. Set amidst a magical forest, Gagnef will be held this Summer between the 5th and 7th of July, bringing with it the sense of adventure and exhilaration only one of Sweden´s best kept secrets could generate.

Gagnef Festival brings together artists from all over the world to create a vibrant atmosphere and a unique blend of art, music, food and party. What started in 2001 as birthday party, has since then grown to become one of the hippest and most talked-about events among Swedish trendsetters. In past editions, tickets have often sold out before acts are presented. As of 2018, Gagnef is an exclusive event for approximately 2500 attendants, and we will be releasing some artists before the sell out date. The festival takes place in the Dalarna region´s beautiful landscape, and even boasts to have a beach and a sauna built on site.

The festival curatorship is extremely broad; the aim behind it is to surprise the audience with new music they didn’t know they loved, and art that gets your mind spinning. The audience trust the curators to always bring them new and interesting stuff. Some of Sweden´s most celebrated artists have played their early shows at Gagnef, among those are Lykke Li, Amason, Zhala and Dungen, to name a few.  It often happens that some of the international artists that are presented here end up playing the bigger festivals afterwards, so keep your eyes (and ears) open for this year´s selection. The first artists to be revealed are Johannesburg performance art collective FAKA, power artist duo Roxy Farhat + Anusha Caroline Andersson and Ghana´s own King Ayisoba.

Gagnef is far from a festival which presents solely European or North American artists, we are proud to introduce plenty of acts from Africa and South America who count Gagnef as their first festival experience in Europe. Dancing also plays a big role at Gagnef, but you can be certain you will be surprised as to what sort of music your feet will be moving to. The festival is also filled with art installations and interactive playful objects. Some of Sweden’s most famous artists have contributed to it through the years, household names like Annika von Hausswoolff and Makode Linde to name a few.

Adding to its attractions, at Gagnef you´ll find food and drinks from some of Stockholm’s hottest food trucks and restaurants such as Häktet, Svartengrens and Bleck, which have also become a central part of the event. The well-stocked bars house some of the best and most well known bartenders in Stockholm nightlife.

We invite you to share the experience with us, to take part in this fantastic adventure filled with mystery and charmed in a forest wonderland… a true summer vacation in the mystical forests and rivers of Sweden.