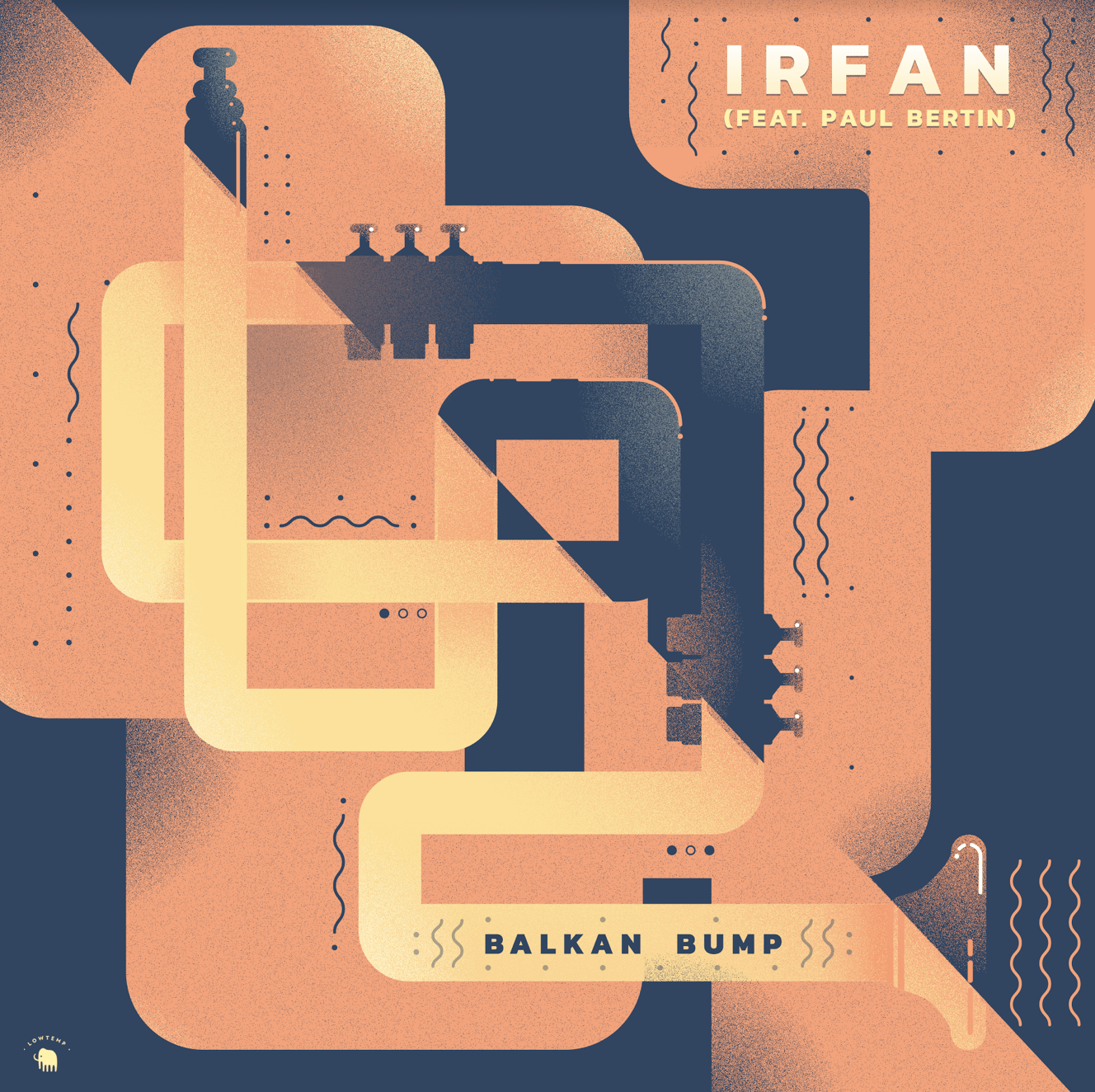 Balkan Bump is the newly rebranded project from trumpet player/producer Will Magid, based in Oakland, CA. Will is an ethnomusicologist who has been gathering inspiration for his music on all continents, save for Antarctica. A set of his compositions can take you to a Cuban beach, a West African wedding party or a Serbian night club, all within 15 minutes. The musical pieces he is putting out are buoyant jams packed with rich layers of celebratory horns, bouncing percussion, classical strings and even a bit of ambient noise. In the past Will has performed with artists including Pretty Lights, Beats Antique, and Bonobo, but is now focusing on his solo music.

Just recently Will teamed up with Gramatik and Talib Kweli on “Aymo,” one of the tracks from his upcoming EP that evolved into a collaboration, and was recently released on Lowtemp Records. Gramatik’s independent label will also provide a home for Will’s first EP under the Balkan Bump moniker, expected to drop in early 2018. “Irfan” is the first single off of the heavily anticipated release and provides a clear idea of what to expect. As the EP’s title suggests, it is focused on one particular region in Europe – the Balkans – where brass bands reign supreme on the local traditional music scene. “Irfan” is a perfect example of Will’s ability to submerge himself into a different culture and come up with an interesting and fresh take on the old traditions.