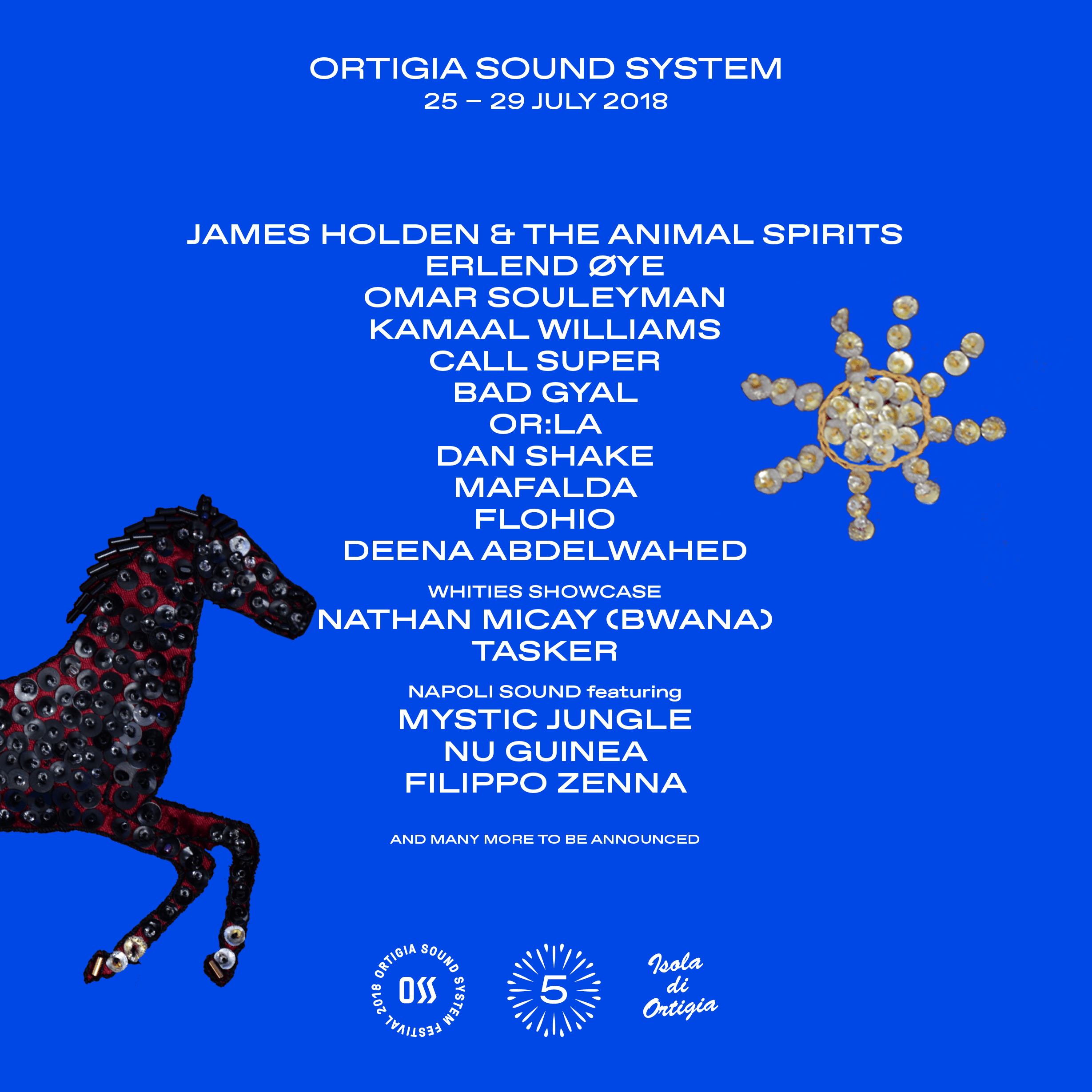 Taking place from the 25th to the 29th July in Ortigia island, Sicily, OSS celebrates in 2018 its fifth edition. Not only does it turn the ancient island of Ortigia into a crossroads of international music and local culture, but it does so with a remarkable line up which features artists such as James Holden & The Animal Spirits, Omar Souleyman, Kamaal Williams, Call Super, Rina Sawayama, Bad Gyal and Erlend Øye – who will return for a special performance after his last year’s unforgettable sunset boat concert.

After the success of its last year’s edition, with a record attendance ofover 9000 visitors from more than 15 different countries, Ortigia Sound System managed to establish itself in the local and international festival scene. This year the festival will raise the bar ever higher thanks to an extraordinary line up and some interesting news.

The rhythms of the Mediterranean tradition and the contemporary trends in electronic music will meet again for 5 days and 5 nights through live acts, DJ sets, boat parties, talks and much more. All of this in the stunning setting of  Ortigia, a UNESCO World Heritage Site, which last year celebrated no less than 2750 years of history.